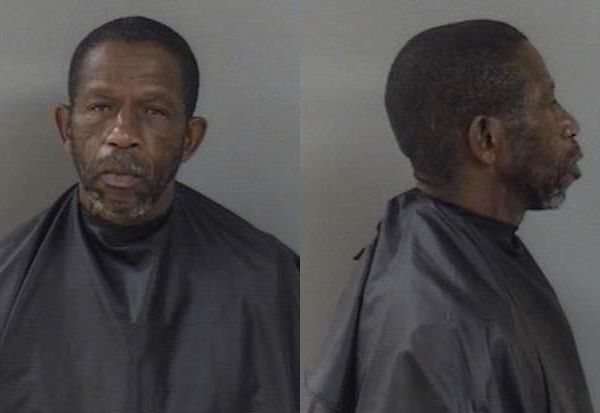 Earlier on Monday, at approximately 2:18 p.m., officers of the Fellsmere Police Department and deputies from the Indian River County Sheriff’s Office responded to Garcia’s Bakery, located at 2 S. Pine Street, to investigate the report of an armed robbery.

Upon arrival, an Fellsmere police interviewed the victim who told them that Bernard Wesley McPhee, a person personally known to him, approached him on the north side of the business and ordered him to give him all of his money.

While making the demand, McPhee allegedly threatened the victim with what he described as a “blade”.

The victim did not comply with his demand and instead turned to get away from McPhee. McPhee then allegedly struck the victim on the left side of his head with a rock. The victim was able to escape further injury and entered the store to ask for help as McPhee fled the area.

The victim said McPhee was wearing a black shirt and black pants and some kind of hat with “netting” in front of his face.

McPhee was located by Fellsmere police within fifteen minutes of the incident, sitting in front of a residence located on N. Orange Street approximately three blocks away. He was transported back to Garcia’s Bakery where he was positively identified by the victim as the person who tried to rob him and as the person who struck him on the head.

McPhee was wearing the clothing described and had a camouflaged hat with face netting and a pair of pruning shears in his possession.

McPhee was arrested for armed robbery and aggravated battery and transported to the Indian River County Jail without incident.

The victim was transported to the Sebastian River Medical Center where he is still being treated for a head injury.

It is unknown if the victim will be admitted or just treated and released. The victim’s identity is not being released at this time.

“This is still an active investigation and no further information can be released at this time,” Fellsmere Police Chief Keith Touchberry said.