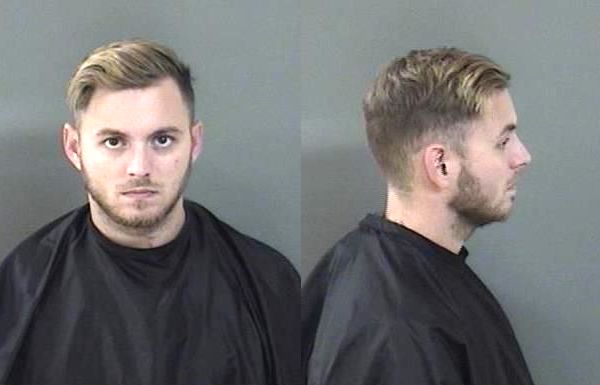 Joseph Vincent Cafeo, who currently resides in Sebastian, allegedly struck his girlfriend with a closed fist, causing a black eye to the victim. The incident was witnessed by a third party, according to the report.

The victim told police that she and Cafeo broke up a few days prior over allegations of adultery in their relationship.

“The defendant then dropped the firearm and placed his hands around the victim’s neck and restricted her airway so heavily that the victim would no longer breathe,” the officer said. “The victim stated she lost vision, breathing, and momentary consciousness.

Cafeo then left the vehicle and told her that if she told anyone, he would kill her and her two children, according to the arrest affidavit.

The victim had visible injury consistent with the statements and was transported to the emergency room for treatment.

Cafeo was arrested and transported to the Indian River County Jail.