Gunman Arrested In Connection To Deputy Shooting In Gifford 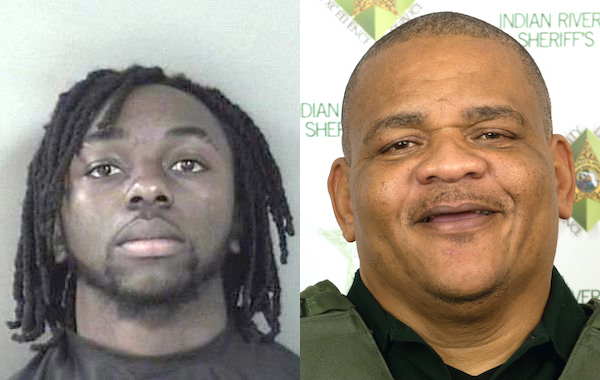 GIFFORD – The Indian River County Sheriff’s Office have made an arrest in connection to the shooting death of Corrections Deputy Garry Chambliss that happened late Friday night in Gifford.

Makhail Malik Chambliss, 21, has been charged with felony discharge of a firearm from a vehicle.

Makhail Chambliss is unemployed and lives a block from where the Friday night shooting occurred, according to his arrest information. He is in the Indian River County Jail with no bond.

The Indian River County Sheriff’s Office is still searching for a second suspect.

Relatives say Garry Chambliss was standing near the road visiting a family member when the gunshots were fired about 9:30 p.m.

According to relatives, Garry Chambliss yelled for everyone on the road to “get low” as the shots rang out. He pushed a family member out of the way of oncoming bullets before collapsing in a driveway.

“Deputy Chambliss was transported to the Indian River Medical Center where he succumbed to his injuries,” Lt. Flowers said.

Deputies received information that the suspects were seen leaving the Gifford area in a black Chevrolet Camaro.

Makhail Chambliss was found with the vehicle at Powerline Road and County Road 510 in Wabasso. The second suspect is still on the run.

How To Become Each Other’s Keeper In Sebastian, Vero Beach