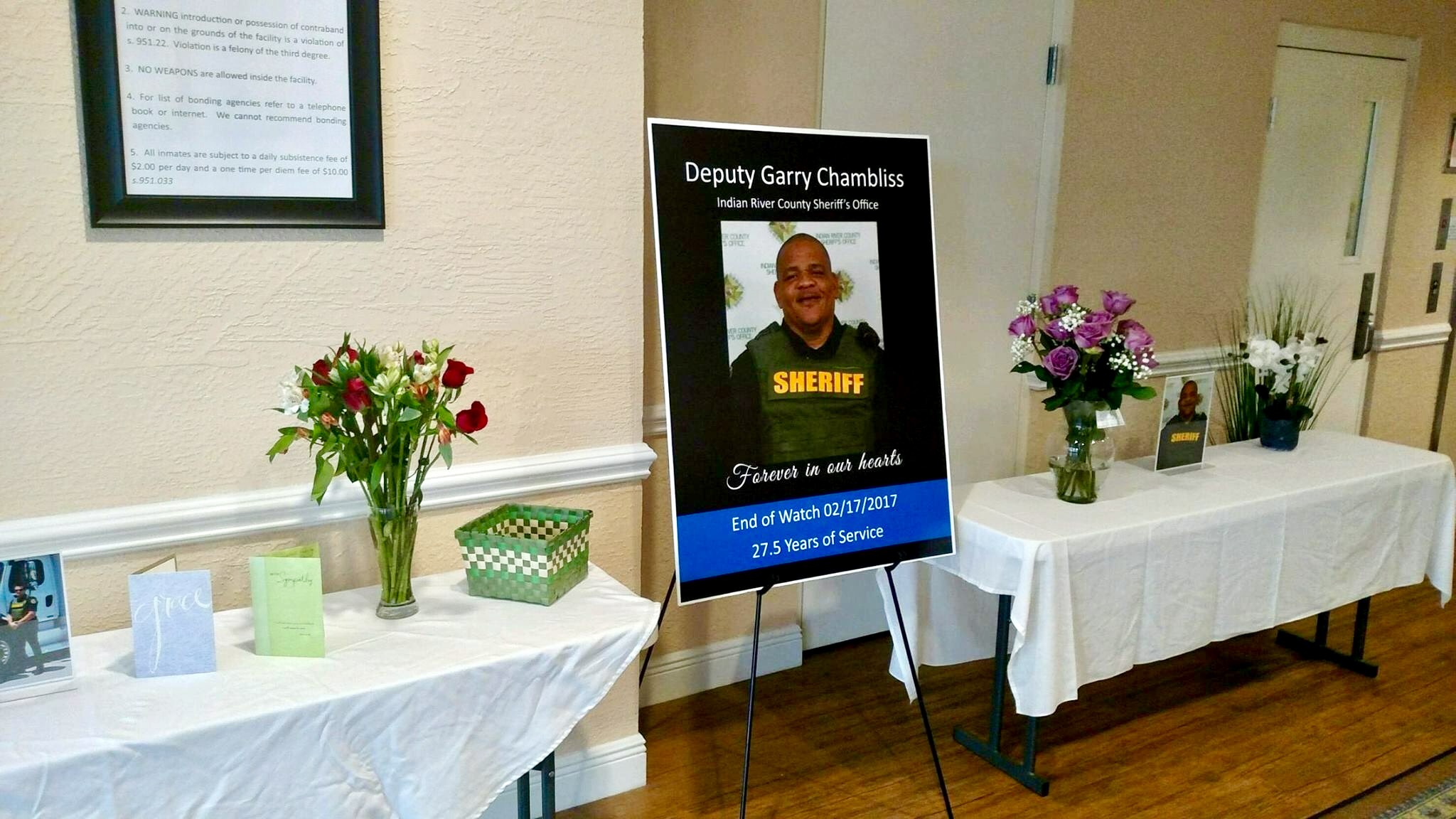 GIFFORD – Since Friday night, detectives have learned that Deputy Garry Chambliss was visiting family and friends in the 4400 block of 28th Avenue in Gifford when gunfire erupted.

Detectives are also aware that a number of people were gathered in the 4300 and 4400 blocks of 28th Avenue after a wake from earlier in the evening. Makhail Malik Chambliss (21) of Gifford, and an undisclosed passenger were traveling north on 28th Avenue when an object struck his black Chevrolet Camaro.

It is believed that the object was thrown due to an ongoing dispute between Makhail Chambliss and several unidentified suspects. Forensic evidence shows that Makhail Chambliss then fired several rounds in the 4300 block of 28th Avenue.

As he fled the scene heading north in his vehicle, an as-yet-unidentified suspect fired rounds at Makhail Chambliss’ vehicle. The bullet that struck and ultimately killed Deputy Chambliss originated from the second suspect, firing from more than 100 yards away.

Last night, as reports of a fleeing black Camaro were broadcast to deputies, the vehicle was located by Deputy Lonnie Chandler in the 6300 block of 58th Avenue traveling north. Deputy Chandler immediately turned around to obtain a tag number and initiate a traffic stop. Deputy Chandler and back up deputies stopped the black Camaro on County Road 510 and Powerline Road and detained Makhail Chambliss and the unidentified passenger.

Early Saturday morning, Indian River County Sheriff’s Detectives arrested Makhail Chambliss on charges of felony discharging a firearm from a vehicle. Detectives have also interviewed a number of witnesses who were present at the scene when the shooting occurred.

Saturday afternoon, deputies and detectives recovered a firearm along with unidentified pills and crack cocaine in the 6300 block of 58th Avenue. It appears that the firearm and drugs were thrown from the Camaro when Deputy Chandler turned around to follow the vehicle and initiate the traffic stop. The investigation revealed the firearm was reported stolen earlier this year from an auto burglary in Gifford.

Indian River County Sheriff Deryl Loar stated, “Through the outstanding work of our Forensic Services Unit and Criminal Investigations Section, we have learned that Deputy Garry Chambliss was not the intended target of the bullet that struck and killed him. Nevertheless, he was the victim of this senseless act of violence by those with no regard for human life. Members of the Indian River County Sheriff’s Office will continue to work tirelessly until Garry’s killer is behind bars.”

Detectives are currently searching for several persons of interest known to have been at the scene of the shooting. Detectives are encouraging anyone who was there or who has information to come forward. An anonymous tip line has been established at the Indian River County Sheriff’s Office. Tips can be left on an automated machine by calling (772) 778-0000. Tips are also welcome through Treasure Coast Crime Stoppers by calling 1-800-273-TIPS (8477) or through their website at tcwatch.org. You can remain anonymous and also be eligible for a reward of up to $3,000.00 through Crime Stoppers.

Deputy Garry Chambliss honorably served Indian River County for 27 1/2 years. A display is located in the public lobby for anyone wishing to deliver items of remembrance. Items received will be passed on to the Chambliss family for the memorial service.

Gunman Arrested In Connection To Deputy Shooting In Gifford