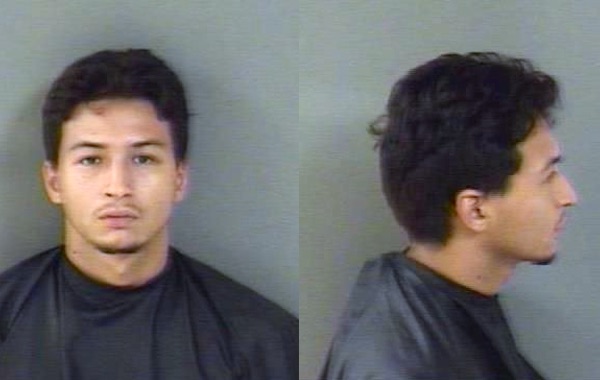 A 17-year-old teenager was arrested in connection with the Sebastian Papa John's robbery in Fellsmere, Florida.

A 17-year-old male suspect was arrested in connection to an armed robbery involving a Papa John’s pizza delivery person, according to the Fellsmere Police Department.

Police received two leads in the case following the incident that took place last week when a man held a Sebastian Papa John’s employee with a shotgun. The pizza employee was identified as William Wharton.

The suspect demanded money and the pizza before fleeing the scene at the 10040 block of Esperanza Circle.

Wharton was delivering pizza in the area when he was approached “from the back” by the armed suspect who “racked a round in a shotgun” and told him to “give me all the money and the pizza.”

The first lead in the case came during the preliminary investigation when investigators determined that a false name was used to place the pizza order Wharton was delivering. The telephone call to place the order, however, was done through a telephone App called “TextMe.”

A subpoena issued for the subscriber information revealed that the app was downloaded to a telephone owned by “Noel” Montiel and that a call to Papa John’s was placed from his telephone.

On Monday, the Fellsmere Police Department received a second lead from a juvenile witness regarding the identity of the robbery suspect.

The witness also provided information regarding how Montiel made a “ski mask” out of a regular knit cap and where he hid the shotgun used during the commission of the crime.

Based on the information provided, officers were able to retrieve the shotgun and secure it as evidence.

Based on the testimony provided by the witness and the subpoena information received from “TextMe,” officers had probable cause to arrest Noe Montiel Jr., age 17, of 10023 Esperanza Circle, Apartment 1 for robbery with a firearm and wearing a mask while committing an offense.

“We are grateful for the witness who came forward in this case. While the
subpoena provided valuable information, this witness was key in solving this case and could have very likely prevented additional crimes from occurring,” Fellsmere Police Chief Keith M. Touchberry said in a statement.

A search for Montiel was conducted around 1:30 p.m. on Tuesday, August 14th, and he was found sitting on a staircase at a nearby apartment complex in Fellsmere. He was taken into custody without incident and transported to the Fellsmere Police Department for an interview.

During that interview, Montiel admitted to owning the shotgun that was found by officers and admitted to having the weapon in his possession the day of the robbery as stated by the witness.

Police said Montiel denied making the ski mask and committing the robbery and said he did not have his phone in his possession when the delivery driver was robbed.

This is still an active investigation and no further information can be released at this time.