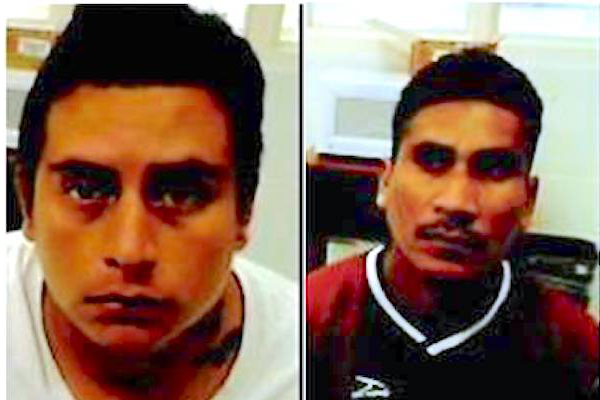 The Fellsmere Police Department assisted agents from the U.S. Border Patrol in their search for an illegal immigrant living at the 200 block of Maple Street in Fellsmere.

The person was identified as Miguel Angel Hilario-Flores, 24, with possible criminal gang affiliations.

Border Patrol agents believed Hilario-Flores was also in possession of firearms and asked the Fellsmere Police Department to provide security while they searched for him at the residence.

“Agents and officers located and detained Hilario-Flores on his front porch and located another person, identified as Jose Luis Alvarado-Gomez (age 35) inside the residence,” a spokesperson for the Fellsmere Police Department said.

Hilario-Flores was searched and found to be in possession of a glass pipe with burnt marijuana residue, two lighters, and a package of rolling papers.

A security sweep of the residence for officer safety revealed one firearm and ammunition, a potted marijuana plant and a metal smoking device in Hilario-Flores’s bedroom. Another firearm was located in another room in the house.

Both men were detained and transported to Orlando for removal proceedings. Hilario-Flores was charged by the U.S. Border Patrol as an illegal alien in possession of a firearm.

FPD will seek arrest warrants for Hilario-Flores for a cultivation of marijuana and possession of drug paraphernalia.