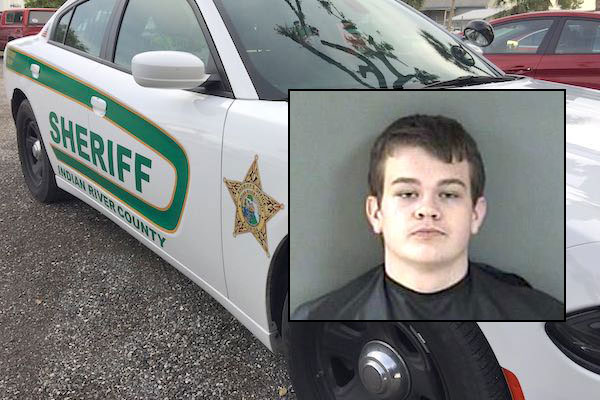 SEBASTIAN – The Indian River County Sheriff’s Office said Friday that Elisha Charles Martin, 18, murdered Logan Ray Spencer, 16, over a sum of money that he believed Spencer stole from his home.

Martin and Spencer were both enrolled at the Sebastian River High School.

“They were both using marijuana, skipping school, and at times not even attending school,” Indian River County Sheriff Deryl Loar said.

It is believed that Martin lured Spencer to the woods by saying they were going shooting. Martin picked up Spencer at 11:00 p.m. on Monday, took him out into the Fellsmere area and murdered him “execution style.” Logan Spencer’s body would be discovered days later.

“The message is these homicides in Indian River County can be solved when the public cooperates and comes forward,” Loar said.

Elisha Martin believed that Logan Spencer had stolen a large sum of money from his home. They were close friends and “hung out together,” said Loar.

Days before the homicide, Martin planned out what he was going to do to the person who he believed stole money from his residence.

Earlier this week, Martin was questioned by detectives after he was seen on video surveillance picking up Logan Spencer on the day he went missing.

During the interview, Martin changed his story several times. Detectives executed a search warrant at Martin’s home at the 600 block of Carnival Terrace where they found 40 grams of marijuana located next to a revolver firearm.

On Thursday, Elisha Martin was charged with 1st Degree Murder in the Logan Spencer homicide case.