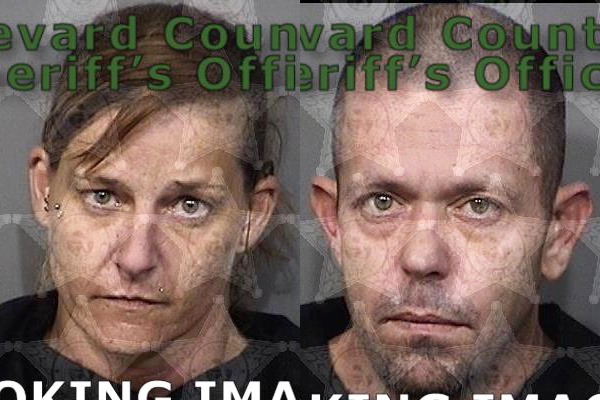 Deputies say they arrested two people who stole from an unoccupied vacation rental in Grant.

Upon arrival, deputies made contact with 38-year-old Jairious Elaina Culbertson, of Palm Bay, and 41-year-old Jeremy Daniel Maddocks, of Grant. Maddocks fled on foot as soon as deputies arrived. He was located a short time later and taken into custody.

Culbertson and Maddocks took several items from the vacation home and the dock house, according to the Brevard County Sheriff’s Office.

An employee of the homeowner witnessed Culbertson and Maddocks take the items to their vehicles parked on the property.

Culbertson and Maddocks admitted to entering the home and dock house to steal the items.

They were arrested and charged with Burglary and Grand Theft. They were transported to the Brevard County jail.

Culbertson was released after posting a $7,000 bond.

Maddocks is on Felony Probation for Narcotics, so his bond was revoked by the judge.