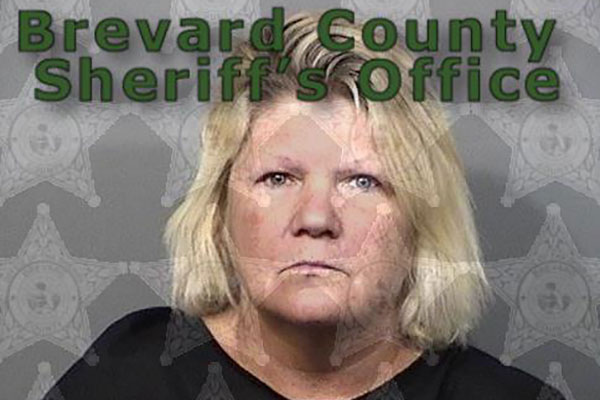 A Barefoot Bay woman was arrested Saturday night for attacking her husband, after she found out he had feelings for her daughter, according to the Brevard County Sheriff’s Office.

Robin Linn Stoyko, who resides at the 800 block of Lychee Drive in Barefoot Bay, was charged with Aggravated Assault Domestic Violence.

The husband told deputies that he was in a verbal argument with his wife that turned physical.

“Mrs. Stoyko became enraged when she found out that Mr. Stoyko had feelings for his 33-year-old stepdaughter (Ms. Stoyko’s daughter),” the deputy said.

During the argument, the husband said Stoyko grabbed a yellow and black box cutter that was sitting on the table and yelled at him to stay away from her daughter, the report said.

The husband advised that Stoyko was holding the box cutter up in a threatening manner as she stepped towards him, according to the affidavit.

Stoyko walked towards her husband with the box cutter in hand. So he grabbed it from her hand. Then, they fell to the floor after tripping over some clothes and pillows according to the affidavit.

The husband told deputies he was in fear for his life because she continued to try and cut him, according to the arrest affidavit.

Stoyko was transported to the Brevard County Jail. As of Tuesday morning, she is still being held on $2,000 bond.