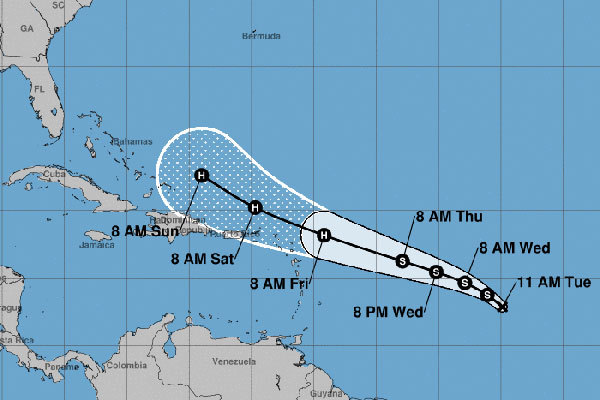 We are monitoring another tropical depression that formed Tuesday morning in the Atlantic. So far, the system is not a threat to Sebastian.

There are no coastal watches or warnings in effect.

The system, known as Tropical Depression 10, is forecast to steer north and away from the Bahamas and Florida. We’re monitoring the tracking every six hours.

Tropical Depression 10 is expected to become a Tropical Storm later today. The system is forecast to become a hurricane by Thursday night.

“A west-northwestward motion at a somewhat faster forward speed is expected over the next few days. On the forecast track, the system will approach the northern Leeward Islands Thursday night or Friday,” the National Hurricane Center said.

In the meantime, there’s no need to panic or worry about this storm. Most of the spaghetti models show the storm making a northern turn.