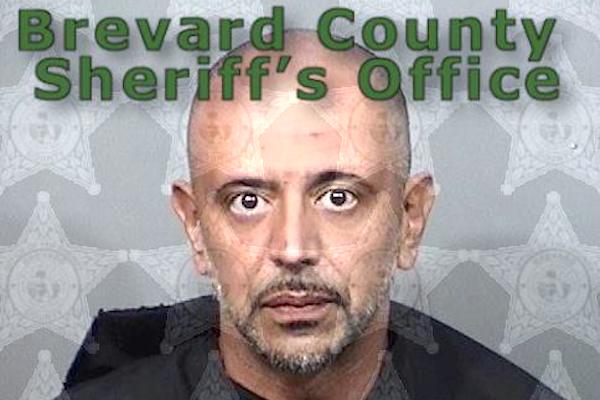 MICCO – Deputies say a Barefoot Bay man threw a cup, breaking the glass, into his neighbor’s Florida room after a brief altercation, according to the Brevard County Sheriff’s Office.

Gergi Palucaj, 42, of the 800 block of Juniper Drive in Barefoot Bay, was charged with Disorderly Conduct, Criminal Mischief, Marijuana Possession, and Throwing Missle in Dwelling.

The victim told deputies that her neighbor threw a cup through her Florida room window, in the back of her house.

Deputies walked around the home and found Palucaj standing on the property line.

“I made contact with the defendant and could smell the strong odor of alcohol coming from his breath. The defendant had slurred speech, and his eyes were red and glassy,” the deputy said.

When asked about the cup being thrown through the window, Palucaj advised he did nothing wrong.

While retrieving his wallet from the center console of his vehicle, deputies observed a cigarette pack with “multiple blunts inside,” which are also known as marijuana cigarettes.

Another neighbor, a witness, said he was mowing his yard when Palucaj approached him and asked why their neighbor doesn’t like him. The witness didn’t want to get involved and continued to mow his yard.

At that time, the neighbor came out and asked Palucaj to get off her property. Palucaj started yelling at her, so she sprayed him with water and ammonia because she became scared, according to the affidavit.

When the neighbor went inside to call 911, she heard glass breaking in her Florida room. There was a green Yeti cup found on her couch next to a hole in her window, the report said.

According to the deputy’s report, the neighbor constantly argues with Palucaj because his dog walks into her yard.

While searching Palucaj, deputies found a bag of marijuana in his pocket. He told deputies he had the cannabis in his truck and pocket because he was “leaving to West Palm, Florida to meet a girl,” according to the report.

Palucaj was transported to the Brevard County Jail where bond was set at $6,250.

Drunk Sebastian man says he tried to kick his niece, but missed