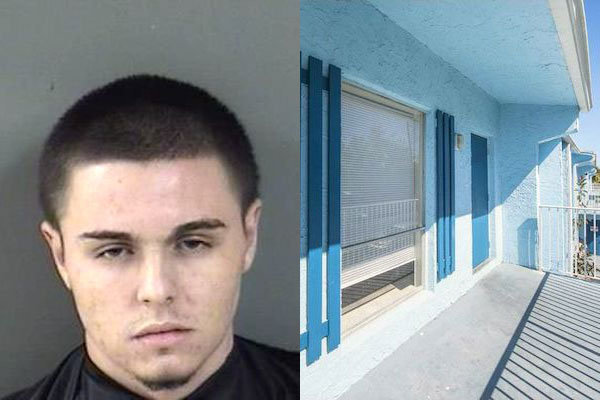 A man was arrested with a stash of drugs at his apartment in Vero Beach, Florida.

VERO BEACH – Police arrested a drug trafficker Tuesday while responding to a call about gunshots being fired, according to the report.

When police went to the suspect’s apartment, they could smell the distinct odor of marijuana coming from inside. The odor prompted detectives with the Special Investigations Unit to secure a search warrant of the apartment.

Police detained Michael David Shapiro, 22, who told officers he works as a Seamstress in Vero Beach.

A search of Shapiro’s bedroom revealed the following:

In the home, police also found ledgers for keeping track of drug transactions and $3,962 in cash.