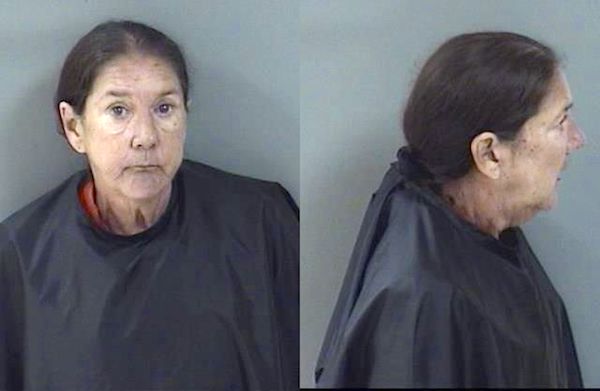 A woman was arrested at Walmart after crashing her car into a light pole in Vero Beach, Florida.

VERO BEACH – An intoxicated woman who set to out to buy alcohol at the Vero Beach Walmart was arrested for DUI, according to police.

A witness said Gale Melton Lavigne entered the parking lot and struck a concrete base to a light pole. The witness then called police after realizing she was intoxicated.

Lavigne then “stumbled” into Walmart and purchased alcohol before returning to her vehicle, according to the report.

Vero Beach police arrived at the scene and saw Lavigne sitting in her vehicle.

She didn’t have a valid driver’s license to show officers, and told them that she drove to “Wal-Nut.”

Walmart provided a copy of the video surveillance of the parking lot that showed the accident and Lavigne stumbling to and from the store, according to the affidavit.

Lavigne was driving while her license was revoked for prior DUI arrests.

After completing field sobriety tasks, police determined that Lavigne was too impaired to drive. She was arrested and transported to the Indian River County Jail.

According to jail records, Lavigne has several Felony DUI arrests, and as a result, is being held on a $20,000 bond.