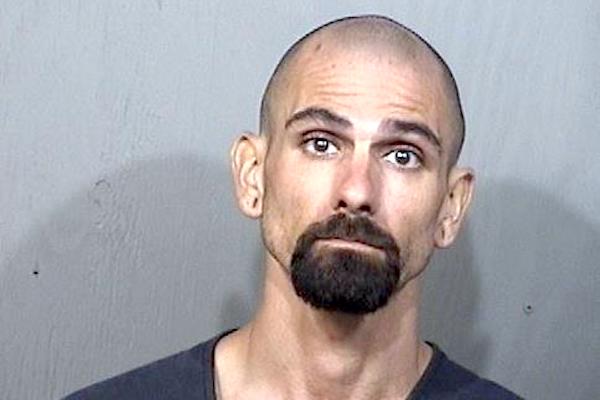 MICCO – A 39-year-old man was arrested in Barefoot Bay after stealing a golf cart in the neighborhood, according to the Brevard County Sheriff’s Office.

Deputies responded to the 900 block of Pecan Circle where the resident reported a missing blue EZ GO golf cart, valued at $750.

The cart was secured inside the owner’s carport against the residence. The homeowner said it happened sometime in the late hours while sleeping.

Then, a neighbor who was familiar with the stolen golf cart, was walking his dog and noticed a golf cart matching the description at 915 Wren Circle in Barefoot Bay.

“This cart had not been there before. What I noticed was this cart chained to the carport post. There was also a black Ford pickup parked behind it. The Ford pickup was also something new to the house at least in the daylight hours,” Jim Gallagher wrote on Facebook.

Gallagher told the homeowner on Pecan Circle about what he had found. The homeowner called the Brevard County Sheriff’s Office.

After completing their investigation, it was determined that Michael Shane Snyder stole the golf cart and kept it at the location where it was found.

“Mr. Shane Snyder did knowingly and intentionally enter the attached carport” at the Pecan Circle address in Barefoot Bay “without the property owners knowledge or permission, and removed a blue EZ GO golf cart,” according to the report.

Snyder was arrested and transported to the Brevard County Jail where he was charged with burglary and grand theft.