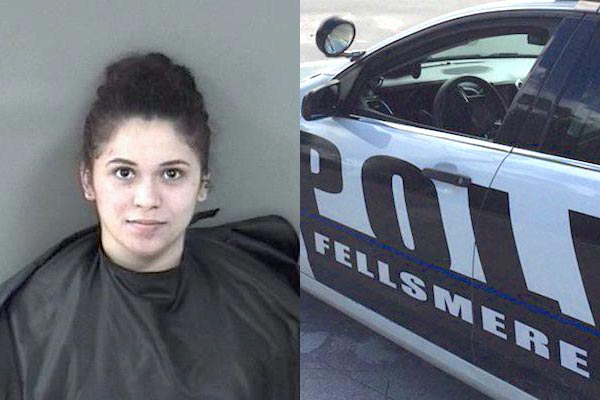 19-year-old woman arrested for battery on a law enforcement officer in Fellsmere.

Sometimes, when a Fellsmere Police Officer tries to arrest a person for an outstanding warrant, they go through a lot of trouble.

The officer went to Sonrise Villas in Fellsmere to search for a suspect named Yara Manrique. The officer identified a woman as Manrique when she answered the door. She then began to close the door on the officer.

“I’m sorry, I’m just scared because I’m here alone with my two-year-old son who is sleeping in the room,” Manrique told the officer, according to the report.

As the officer entered the residence to place Manrique under arrest, he could smell a heavy odor of marijuana. She said the marijuana in the home belonged to her roommate.

The officer contacted Florida Department of Children & Families (DFC) since there was no one to take care of Manrique’a child, and the house was infested with roaches.

While on the phone, the roommate, identified as 19-year-old Tamara Mills, began to cause a disturbance. The officer told the roommate that he was in the middle of an investigation.

Mills, who works at Chick-fil-A, started yelling profanities and “Eat my pu*** mother*******” at the officer. DCF was still on the phone during the yelling and screaming.

The officer warned Mills to stop or she would be arrested, but she yelled, “arrest me then.” Another officer arrived and tried to place her under arrest, but she bit him. It took both officers to place her in handcuffs.

Manrique was picked up on a warrant for violating her probation.

Mills was arrested and transported to the Indian River County Jail where she was charged with Felony Battery on a Law Enforcement Officer, and 2 counts of Felony Resist Arrest With Violence.

Manrique’s child is with DCF.