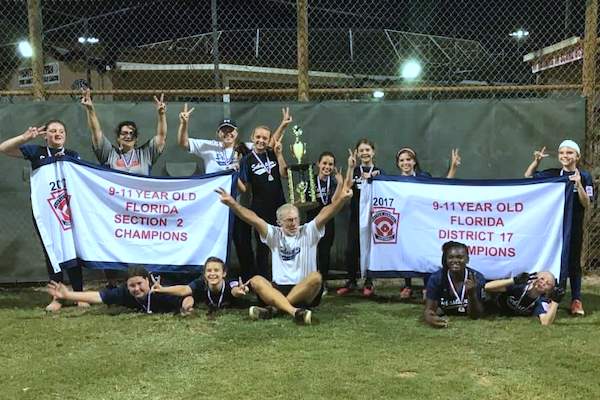 SEBASTIAN – How about them Sebastian softball players? The Sebastian River Area Little League now has an All-Star softball team.

Natalie Saylor pitched 6 innings and gave up 2 earned runs. In the 6th inning, the score was 8-4 Fort Pierce.

“Sebastian made up the 4 run deficit and tied the game, which went into overtime,” said Saylor.

Jasmin Huber pitched 2 innings and gave up one run earned. In the 8th inning, Sebastian won from a base hit by Kenna Barley that brought in the winning run by teammate Aliessa Aranda.

Sebastian All-Stars is District 17 Champions and will be playing in Bonita Springs July 14th-16th for the state championship.