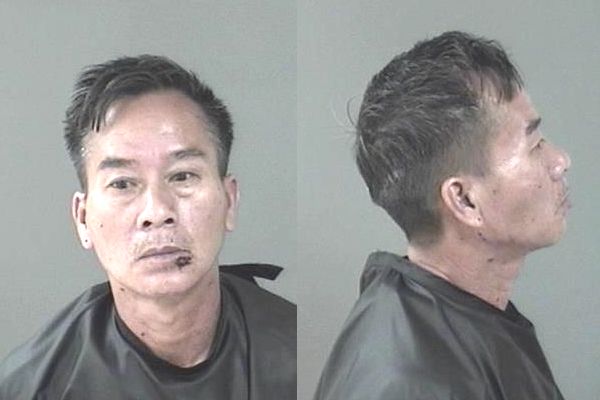 SEBASTIAN – A 46-year-old man was arrested on charges of attempted murder and false imprisonment after stabbing his wife at their apartment on Turtle Run Drive in Sebastian.

The Sebastian Police Department was contacted about the stabbing and met with the victim at the apartment. The victim was sitting on the sidewalk holding a blood soaked rag to her chest.

Several bystanders told officers that the victim screamed, “Please help me, he’s trying to kill me,” before notifying police.

Police observed blood smears and all over the apartment leading from the master bedroom. In the dining room, they found a large hunting knife laying on the floor.

The woman told police that she and her husband, Binh Ngo, were arguing about getting a divorce. During the verbal confrontation, Ngo told his wife, “I’m going to kill you,” and pulled out a large hunting knife and stabbed her once directly in the chest.

Detectives say the stabbing occurred in the master bedroom of the apartment. Ngo then would not allow his wife to leave the bedroom.

Eventually, the victim was able to break free from Ngo.

Sebastian Police found Ngo at a relative’s home in Vero Beach. He was arrested and transported to the Indian River County Jail.

Ngo remains in jail without bond.