Sebastian Man Thanks Community for Act of Kindness 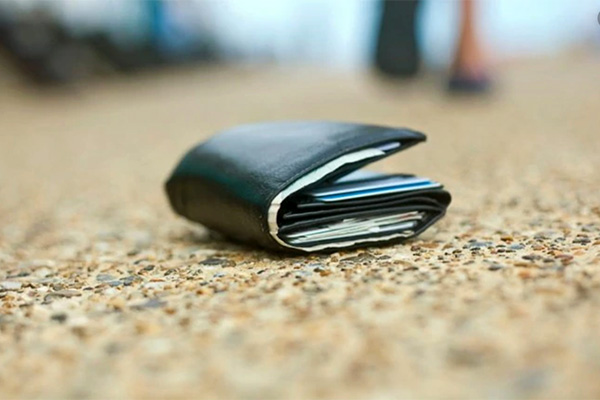 Man thanks people who found his lost wallet in Sebastian, Florida.

A local man is thankful after someone found his wallet in the parking lot in front of the VNA Hospice on U.S. Highway 1 in Sebastian.

“It must have fallen out of my running pants when I got into my truck parked in the VNA. When I discovered the loss, I was frantic, to say the least,” Bill Hilton told Sebastian Daily.

As luck would have it, Hilton said an amazing and honest person found his wallet and turned it over to VNA store employee Nick Gama.

“Nick found my address in the wallet and went out of his way to drive to my home, leaving a note explaining that he had my wallet and to call his office to pick it up,” Hilton said.

All the credit cards and money were still in Hilton’s wallet, completely untouched.

“Both of these people could have taken the cards and money out of my wallet and thrown it away, but instead, they chose to be outright honest. I like to think it was pure goodness and doing the right thing that overcame greed,” Hilton said.

Hilton wants everyone to know that we do live in a very special community, and this incident proves it.

“Thank you isn’t enough for the act of kindness these two people displayed, so I hope the Sebastian Daily will publish this so they can see my appreciation,” Hill said.

A couple of years ago, Hilton’s wife passed away from her battle with cancer in VNA Hospice. Afterward, he donated a large number of her possessions to the organization.

“I guess it could be said that if Karma works like it’s supposed to, then I was repaid for my donations fully by these wonderful people, and I hope they too are now in line for a blessing of Karma as well. Thank you so very much. It’s nice to know there are still great people in this world. You took a very heavy weight off of my shoulders, to say the least,” Hilton told Sebastian Daily.

Got a story to share? Email us at info@sebastiandaily.com.