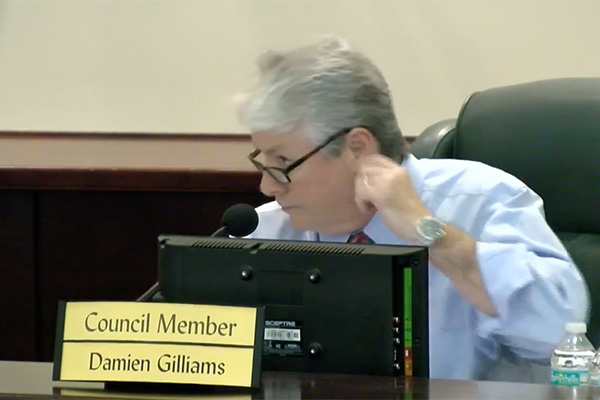 Councilman Damien Gilliams got his request after a judge ruled last Friday that City Council meetings must resume.

There will be a Special Meeting taking place at City Hall in the chambers starting at 6:00 p.m., and it may change the City of Sebastian.

The meeting will be online via Zoom and will air live via COStv Channel 25 (Comcast – Sebastian area), Facebook, Youtube, and UStream.

The lawsuit that Gilliams won last Friday was to proceed with meetings during the COVID-19 pandemic.

Judge Croom asked the city council members to set aside their personal differences so that they can lead Sebastian.

“Your constituents have every expectation that you can lead them and that you must set aside your personal differences so that you can lead your people. The Sebastian people and voters need you all to be strong and thoughtful leaders for them,” Judge Croom said.

Many residents feel that Gilliams has not set aside his personal differences because he’s using the Charter as a way to terminate the City Attorney without cause. The City Attorney is a veteran, and most residents believe he’s a great man. Gilliams also wants to run the city and become mayor.

“What about all the rules Gilliams broke on and prior to the April 22nd meeting? What about when Gilliams reset his city-issued phone, then saying he was hacked,” Mike Goodfellow, Treasurer of PAC recall group Sebastian Voters Against Gilliams and Parris, told Sebastian Daily.

According to the agenda for Thursday’s meeting, Gilliams will try one more time to fire city staff as he did during the April 22nd meeting, and perhaps try to get himself appointed as mayor again.

The agenda shows that Gilliams wants to terminate the City Attorney’s contract “without cause,” and wants to appoint an interim City Attorney.

Gilliams, Mauti, and Parris may have violated the Charter and Sunshine Laws by having their own meeting after locking the Chambers on April 22nd, 2020. The three council members fired the city staff then appointed Gilliams as the new mayor.

Gilliams will ask the council Thursday to void the meeting so that it appears he didn’t break any Charter rules or laws.

“Damien is trying to cure his violations which, I believe, cannot be done. It’s like getting caught stealing and then saying I stole, so it’s ok,” a local citizen, who wanted to remain anonymous, told Sebastian Daily.

“Not one of those three council members have an ounce of civility in them. We have people still out of work and local businesses not open because of the pandemic. Damien is not working for the people and has self-serving interests. He won’t be happy until he’s King of Sebastian,” the citizen added.

The recall group to remove Damien Gilliams, Charles Mauti, and Pamela Parris from office plans to meet with volunteers this Saturday at Riverview Park.

“Volunteers this Saturday, May 16th, Riverview Park at 11:00 a.m. May 20th is the beginning of our victory. We need as many people from our group to sign the volunteers form and meet us Saturday! I’m so excited! We are making Sebastian history,” Tracey Cole, founder of the Sebastian Voters Against Gilliams and Parris, said.

How to join the meeting

If you can’t go in person, then you can join online.

For a list of options to participate via ZOOM, visit the public input page from the City of Sebastian.