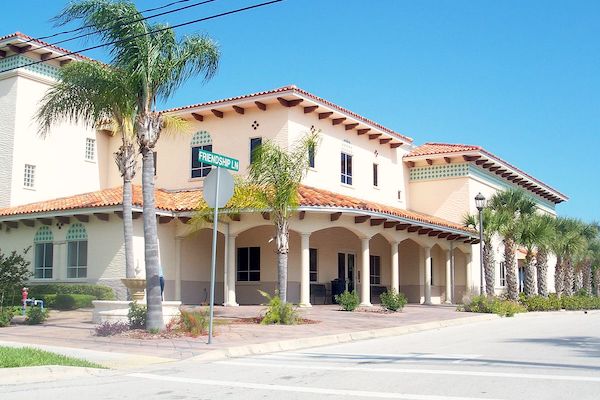 A resolution drafted by Councilman Damien Gilliams will attempt to block “in-person” public input at City Hall, deeming it unsafe because of COVID-19.

Some residents are questioning why Gilliams now feels City Hall, which is practicing social distancing like other city governments, is now unsafe, yet he encourages people to drink at his bar.

“Damien Gilliams thinks it’s unsafe for people to come to the meetings in person, but he’s been seen yelling on a bullhorn inviting people at Riverview Park to drink free mimosas inside his bar,” Sebastian resident Bill Flynn said.

“He doesn’t want people to attend the meetings in person. It’s easier for him, Charles Mauti, and Pam Parris to fire city staff without them there,” Flynn added.

Gilliams’ previous stance on public input has changed repeatedly. During the March 18 meeting, he specifically said he wasn’t comfortable making decisions without the public “here” in person. He then was upset when the Mayor and City Manager canceled the meetings because of COVID-19.

“No in-person live public participation will be available to prevent the further spread of COVIC-19 to the greatest extent practicable,” the resolution from Gilliams reads.

He also wants to “limit public commentary during resolution discussions to City residents only.” However, Gilliams demanded that non-residents spoke during the annexation meeting.

“If you care about the recall and want to stop this take over by three council members, you should provide public input in-person,” Flynn, who is also part of the Sebastian Voters Against Gilliams and Parris recall group, said.

Residents who do not have a chronic condition or an illness are encouraged to attend tonight’s City Hall meeting at 6:00 p.m. to provide input. There are several items on the agenda that should concern residents. Gilliams, Mauti, and Parris are expected to fire staff and possibly appoint Gilliams as mayor as they did during their April 22 meeting.

One of the people who may be fired tonight is City Attorney Manny Anon, a local veteran.

“This is the biggest meeting of the year, and all residents should be at City Hall tonight to voice their opposition to Gilliams. If not, you are allowing them to take over our city for their own self-serving interests,” a concerned citizen, who wishes to remain anonymous, told Sebastian Daily.

Gilliams has asked for a Special Meeting tonight and Monday.

If you are unable to make the meeting in person because of your age, a chronic condition or illness, City Hall does offer virtual methods such as Zoom to participate in public input. Please visit the Public Input Methods at City Hall.