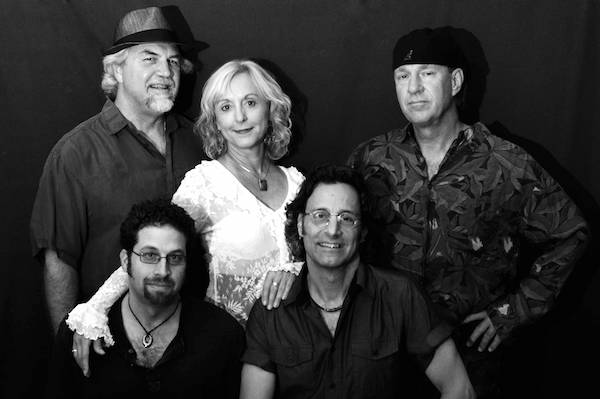 SEBASTIAN – Nightly, one of Sebastian’s favorite bands, has teamed up with the St. Baldrick’s Foundation and Tiki Bar and Grill to raise money for Childhood Cancer Research.

On Sunday, December 4th Nightfly will host its first CD release party at the Tiki Bar and Grill in Sebastian from 2:00 to 6:00 pm. 15% of the sales of their CD or Download Card will be donated to the St. Baldrick’s Foundation.

Nightfly has been making music in Sebastian for four years and during that time, Indian River County and Brevard residents have enjoyed and danced to Nightfly’s exciting mix of Rock, Funk and Soul music at the Tiki Bar and many other venues.

Band leader, singer and keyboardist Seth Bernstein refers to their unique sound as “Funk and Roll.” “Our covers are Rock, Funk, and Soul that you don’t often hear from other bands,” Bernstein stated.

Nightfly’s unique blend of musicians, singers and songwriters were the perfect formula to create an original CD entitled “Honey Jelly Jam,” which offers music that appears recognizable to listeners.

Although fans may hear a song from the CD for the first time, they believe they have heard the song before. You will witness them singing along.

“They are real songs comprised of real writing with an organic approach. It’s music that moves you” Bernstein said.

Seth’s love of Jazz and Fusion coupled with native guitarist Whitey Bryan’s love of Southern Rock assured that Nightfly created far more than just “another CD.” Bass guitarist Andre Follot lays down bass lines that are off the charts, and lyricist/singer Dianne Moore, who wrote many of the lyrics, stated that “the new album is a collaboration of musicians with different musical influences, each bringing unique elements.”

Even the CD cover and photographs were a collaboration of local artists. Jodi Baldanza, artist and owner of the Den in Sebastian, created the cover art joining with Whitey Bryan whose photographs are featured. Joseph and Jennifer Klein, friends of the band, handled the graphic arts on the album.

“Honey Jelly Jam” was engineered and produced in by Three Dog Night Drummer Pat Bautz, who also played drums on the CD. In fact, it was Pat who introduced high school friend and drummer Mike Shain to Nightfly. Mike joined the band in early 2016 and appeared to be the perfect fit.

When reflecting on the music creation of “Honey Jelly Jam,” Seth noted that his Jazz, Fusion, Soul, Funk background coupled with the Southern Rock background of Whitey Bryan “was a match made in heaven.”

Nightfly invites everyone to join them at Tiki Bar and Grill on December 4th at 2:00 p.m. for a little piece of Funk and Roll heaven!

Of course, you’ll want to visit Nightfly on the web as well.