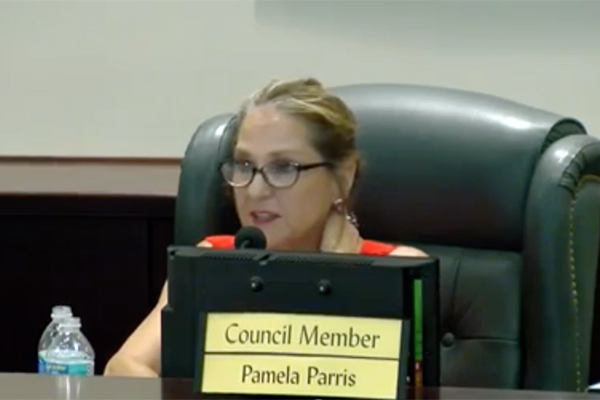 In an email dated Tuesday, April 14, 2020, Parris asked Carlisle to put health insurance on the agenda.

We tried to reach out to Parris, but she refused to comment.

Should the City of Sebastian provide Council Members with health insurance?

Councilman Damien Gilliams told us, “I already have my own health insurance.”

Councilman Jim Hill thinks there’s room for a reasonable discussion but doesn’t believe this is the proper time.

“I think there’s room for a reasonable discussion as to whether or not council members should have access to the City’s healthcare provider. What I don’t find reasonable are these three councilmembers trying to pack non-essential items onto an agenda when they know the public is in fear due to the recommendations by the Governor and are less likely to come out and opine. Seems shady to me but what would one expect,” Councilman Jim Hill told Sebastian Daily.

A Sebastian resident, who wishes to remain anonymous in fear of retaliation, said she doesn’t think the residents should pay for it. The resident said the City Council is not even a part time job.

“City Council is supposed to be a volunteer job of service to the community. How can we be raising expenses at a time of decreasing City revenue caused by COVID-19? What is Pamela Parris thinking? What has this council been doing during this state of emergency? They are spending their time wanting self-entitlements and perks while trying to remove our Mayor without cause. Do they know that most residents right now are fearful and broke without a job? Do they know that businesses have shut down? They are not thinking about Sebastian or the people,” the resident said.

As we reported yesterday, some members of the Sebastian City Council want to remove the Mayor at the next meeting. They believe Ed Dodd closed the last meeting illegally. However, City Attorney Manny Anon disagreed, and said the closing was legal.

Pamela Parris has faced public scrutiny in recent weeks with residents. Local citizens want her to resign before she creates more damage to the City of Sebastian.