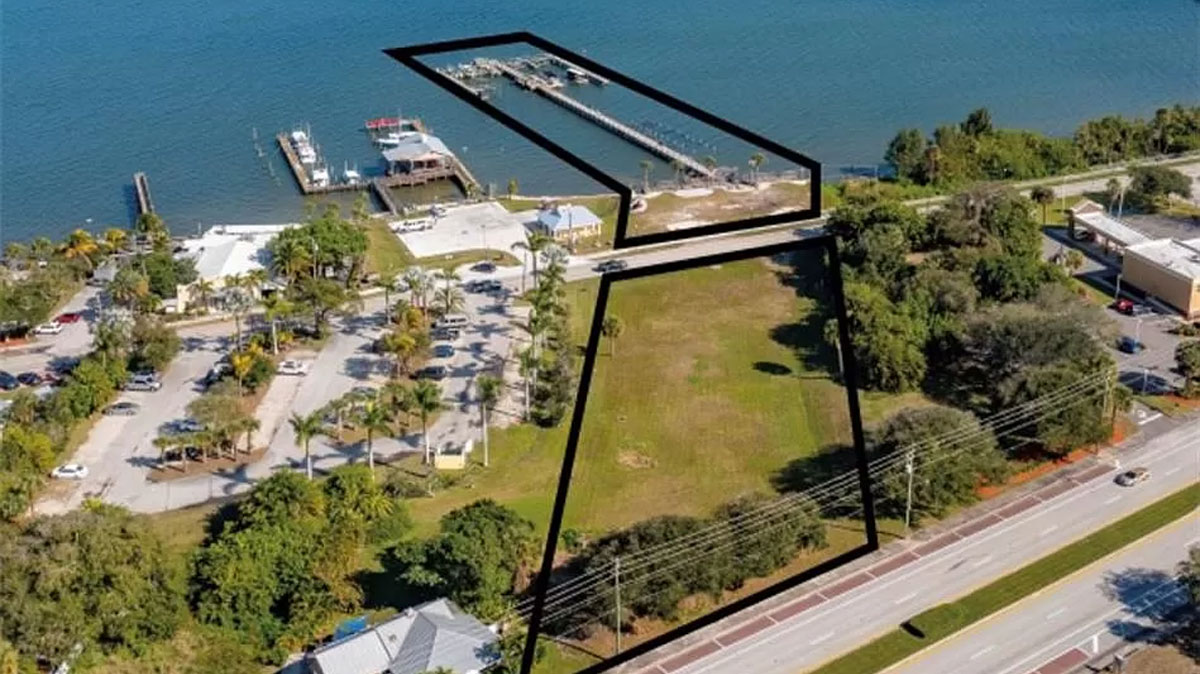 The City of Sebastian is looking into the waterfront property next to Fisherman’s Landing in Sebastian, located at 1527 and 1528 N. Indian River Drive. However, there are concerns with its $2.9 million asking price. The City Council wants an appraisal done on the two-parcel, 1.3-acre property.

The challenge is how the city will pay for the property. One way to pay for it is using some monies from the Building Fund, DST Funds, and doing some commercial loans.

However, City Manager Paul Carlisle was concerned with using most of their reserves to finance this one piece of property, not knowing what the economy would look like in the next 2 to 5 years. Carlisle suggested that if the city makes an offer, it should be contingent on the appraised value and approval of the financing.

Preserving the east side of Indian River Drive has been the goal of the City of Sebastian, which is why they purchased the property where the Harbor Lights Motel is located near the boat ramp on Main Street. The city has secured the east side, preventing anyone from building on it.

Councilman Ed Dodd suggested moving forward as long as it doesn’t hurt financials but said the city will never pay above the appraised value. But Dodd also does not want to see a single-family home built on the east side next to the working waterfront.

“I’m not willing to put an offer of $2.9 million,” Councilman Ed Dodd said.

Councilman Chris Nunn said it makes sense to preserve the waterfront, but he’s not in favor of depleting the city’s reserves to buy it. Nunn said he feels torn on the property because the eastside is valuable to the city and suggested they could sell the westside later to pay back financials.

“I agree. I don’t think it’s fiscally responsible right now. My only concern with that piece of property down there is someone’s going to buy that. They’re either going to put a restaurant or a home on that property and it’s going to take away from our riverfront. But we don’t have the money right now to do that,” Jones said.

Mayor Jim Hill disagreed with Jones and McPartlan and is concerned with someone potentially building 2-story condos on both east and west side of the property.

“So, it’s a big decision that we’re making here. But with what options are out there, the city can get a loan with no problem; we have an A+ rating. We can get a 20-year loan for $2.9 million and pay it off over twenty years,” Hill said.

But Hill agreed with some of McPartlan’s concerns that the city has millions of dollars to make on its infrastructure going forward.

“I am torn on this. We said we should do the same exact thing on Main Street (Harbor Heights Motel). Buy the property and sell the western portion back,” Hill said.

The City Council has instructed Carlisle to do the appraisal, which will finish in about four weeks, to see if the number is lower and more reasonable. If it’s too high, the city will walk away from it.

3 people in custody, one hospitalized in Gifford shooting

Warmer temperatures with a slight chance of rain this week

Warmer temperatures with a slight chance of rain this week