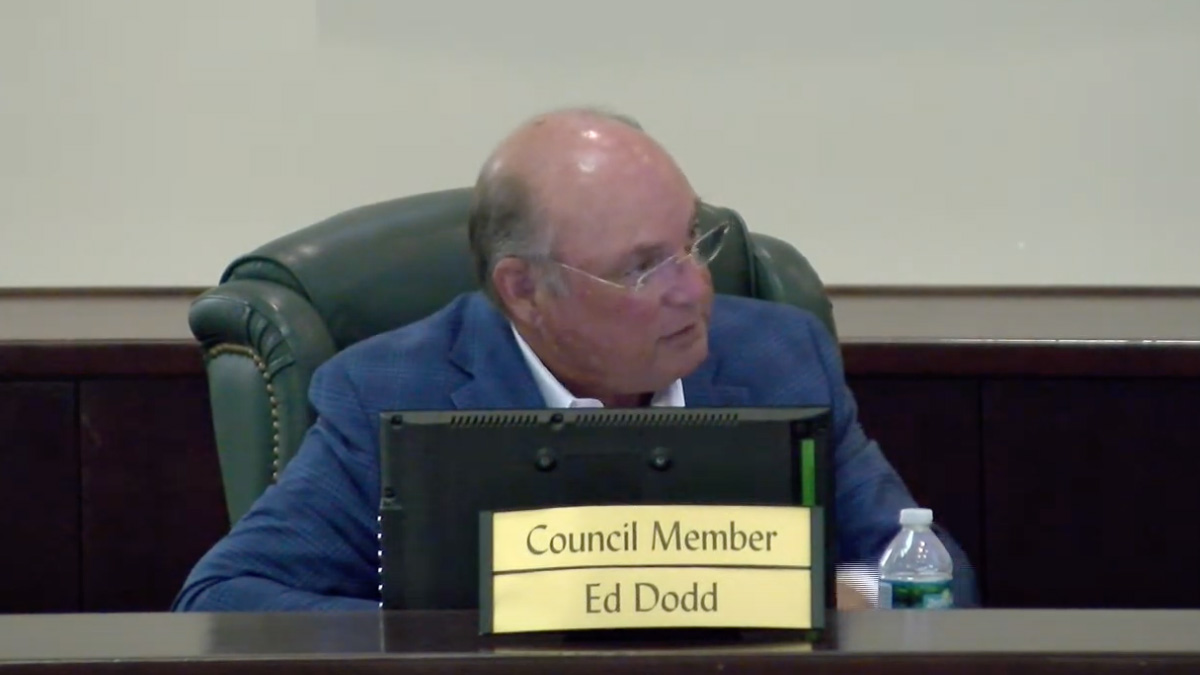 The City Council voted 4-1 on Wednesday to proceed with an offer on the waterfront property next to Fisherman’s Landing on Indian River Drive. However, because of state law, a second appraisal will have to be complete before the city can make an offer.

Last month, the city council directed City Manager Paul Carlisle to proceed with an appraisal on the property located at 1528 Indian River Drive.

While the appraisal results were not made public, the property has a listed price of $2.9 million, which all council members agreed was too expensive for the city. However, they hope to make an offer below the appraised value.

Councilman Chris Nunn said many people want the city to preserve the waterfront view and believe they have done so already next to the boat ramp and at Fisherman’s Landing. He views the property as one of the last opportunities to preserve a crucial part of the working waterfront.

But on the other hand, Nunn mentioned that people will look at this offer and say, “oh my God, all that money.”

“I get that too, it’s a lot of money, but I feel they put us up here to make those decisions in what’s best for the community. From what I’ve heard from the community, most people feel comfortable about us trying to buy this,” Nunn said.

“There’s no perfect time to do things like this, it’s a time of opportunity, and if we don’t take an opportunity now while it’s available, then tomorrow it might not be. So, I think we should move forward,” Nunn added.

Councilman Bob McPartlan agreed that it’s a nice property, but he’s not in favor of the city purchasing it. McPartlan has financial concerns about the upcoming Stormwater Master Plan and the new hiring incentives and sign-on bonuses for new city workers that require money.

McPartlan compared the purchase to Harbor Lights, stating he would like to see it come down and a for sale sign posted on the west side of Indian River Drive. The city council voted to buy Harbor Lights to preserve the waterfront next to the Main Street boat ramp.

“Unless we’re buying this piece of property for a half million dollars, I’m a big fat no,” McPartlan said.

However, last year, McPartlan and others on the city council voted unanimously to keep Harbor Lights and gave Carlisle direction to tear it down if he could do it for under $40,000.

Vice Mayor Fred Jones said people come to Sebastian “because of the view we have on the river.” Jones said that if people look north of this property on Indian River Drive, they can see new homes along the waterfront. Jones said the property is next to Fisherman’s Landing and will enhance the city if the price is right.

“I’m all for it. I want to preserve the riverfront as much as anybody else,” Jones said.

Mayor Jim Hill agreed with McPartlan on the topic of finances because of the future economic needs of the city, and it’s a difficult decision on whether to buy the property.

Hill also said that long ago, the City of Sebastian had an opportunity to buy all the property from the river to U.S. Highway 1, which is now the Speedway gas station. Unfortunately, the city council decided not to pursue it, but when they needed extra parking for boaters, they paid a lot more had they taken the opportunity to buy all of it at once.

“I’m very, very torn on this. I believe that our riverfront district is the engine that drives the City of Sebastian. I think that’s what draws people to our community, and that’s why they go to our stores and go to our restaurants. It’s a very important piece,” Hill said.

In the end, Hill believes the city has an opportunity to secure this property for the citizens to enjoy as long as it does not exceed the appraised value.

Since the city is only interested in securing the waterfront portion of the property on the east side, Hill said they could sell the west side in the future to get back its investment.

“If this property wasn’t next door to the working waterfront, I’m not 100% sure that I would be willing to try and go through the purchasing process. And I do agree that we need to purchase it with the intent to sell the property on the west side of Indian River Drive. The east side of Indian River Drive is going to be a protection for our working waterfront,” Dodd said.

Dodd also said the city needs dock space, which the property provides, to expand the working waterfront. However, he also said he’s not interested in the City of Sebastian becoming property owners unless the citizens get an advantage.

“Right now, we actually have issues related to the people who are using that dock space and where they’re going to have to go if it’s sold and their aquaculture businesses that depend on the working waterfront,” Dodd said.

Dodd, Nunn, Hill, and Jones voted in favor of making an offer on the property. McPartlan voted against it.

Roger Birt, owner of Woody’s BBQ in Sebastian, told Sebastian Daily he had an opportunity to buy the same property over 20 years ago for about $100,000. Today, he wished he had bought it.