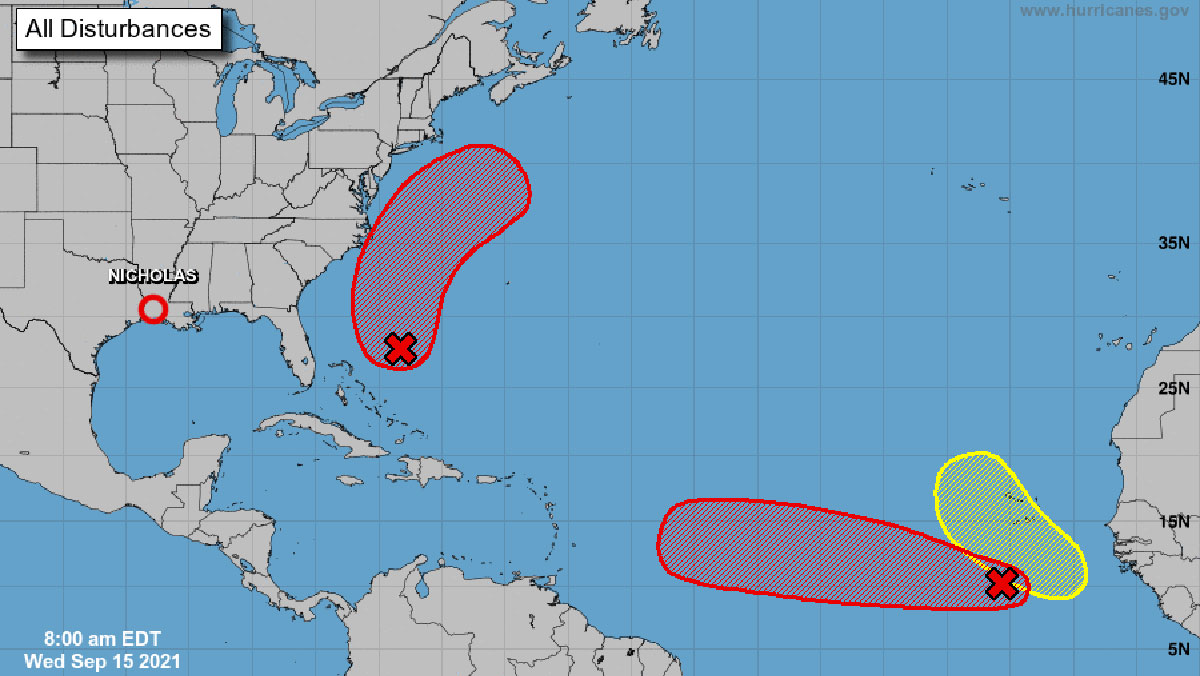 A tropical disturbance has been brewing in the Atlantic Ocean since last weekend. As we said during our Sebastian newscast on Sunday, we are monitoring this disturbance.

Early tracking models show the tropical wave, known as Invest 95L, moving to the west and turning to the north. However, other disturbances following this track have turned north and away from Florida due to a high-pressure system.

However, it’s still too early to predict where Invest 95L will end up. There’s a 90 percent chance that this disturbance will develop into a cyclone during the next five days.

“Environmental conditions are expected to remain conducive for development, and a tropical depression is likely to form within the next couple of days. This system is expected to move westward to west-northwestward across the tropical Atlantic during the next several days,” the National Hurricane Center (NHC) said in a statement.

Other disturbances forming near the Bahamas have created a large turnout of surfers at the Sebastian Inlet during the past couple of weeks.

Disturbance Invest 95L is no threat to Florida at this time. However, Sebastian Daily will provide further updates when the NHC releases new information.