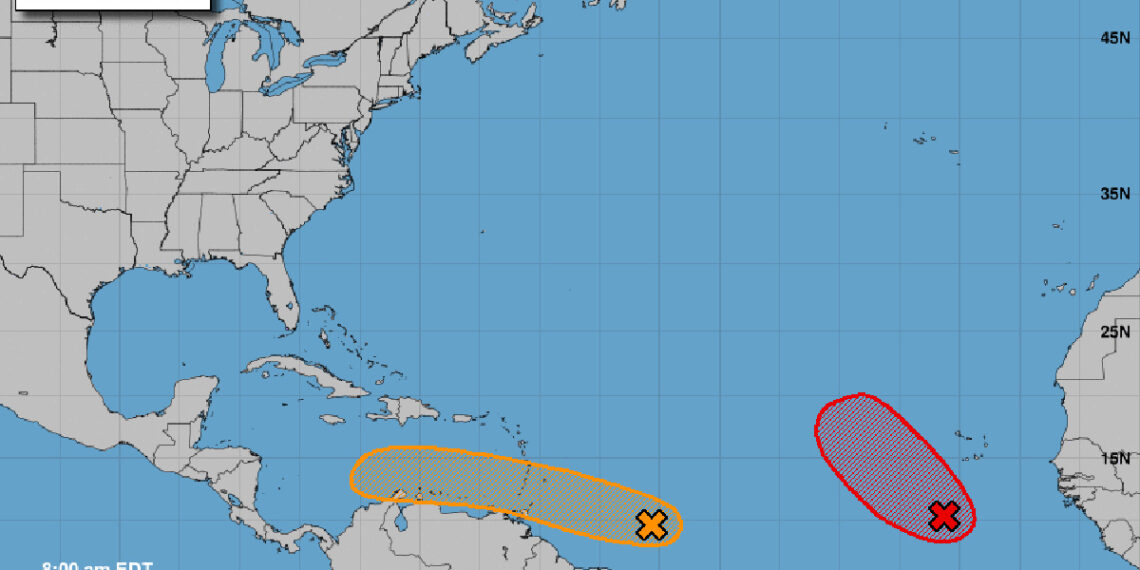 Current map of the tropics (NOAA)

There’s another potential tropical depression moving in a similar path of Hurricane Ian as it travels westward at 15 to 20 mph, reaching the Windward Islands and the eastern Caribbean Sea by midweek.

“Some further development of the wave is possible, and a tropical depression could form within the next few days while it moves generally westward at 15 to 20 mph,” NHC said in a statement.

So far, based on the track provided by the NHC, the storm will move from the Atlantic into the Caribbean Sea and could continue west into Mexico. However, this is an early prediction, so it’s too soon to determine if the tropical depression will make a northern turn, as we watched Ian do last week.

Environmental conditions may keep the storm to the south as it continues west. It’s too soon to run weather models on where it could land.

At this time, there is no threat of a tropical storm or hurricane to Sebastian or Florida. However, if there is one, Sebastian Daily will keep you updated.

The City of Sebastian never had sustainable winds greater than 40 to 45 mph, but the storm did cause some area flooding and wind damage to yards and some homes.