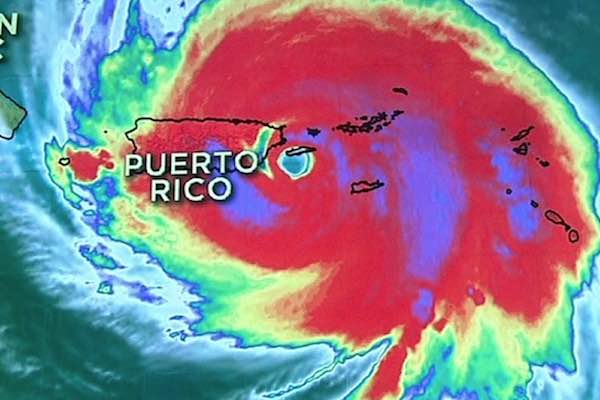 SEBASTIAN – Hurricane Maria is currently making landfall in Puerto Rico as a Category 4 with winds of 155 mph, just 2 mph shy of a Category 5, as residents in Sebastian and Vero Beach continue to monitor the storm.

Spaghetti models for Hurricane Maria continue to shift more eastward from Florida and farther away from the Sebastian and Vero Beach coastline.

Computer models continue to show a movement to the east, causing no threat to Florida. Meteorologists are now trying to decide where the storm will go when it passes Florida.

There is no threat to our local area at this time.

If Maria stays on its current track, then it will take a similar path as Jose, which has is now a tropical storm off the northeast coastline of the United States.

“Although there has been a slight reduction of intensity, Maria remains an extremely dangerous hurricane,” the National Hurricane Center said.

NOAA stated that Maria is likely to remain a large and powerful hurricane for the next 5 days.

“A Hurricane Warning is also in effect for the Virgin Islands, the northern coast of the Dominican Republic, the Turks and Caicos Islands and the southeastern Bahamas, where Maria is expected to bring dangerous wind, storm surge, and heavy rainfall,” NOAA stated.

Sebastian and Vero Beach residents are finally getting their lives back to normal after Hurricane Irma. Power has been restored in almost all of Indian River County.

Hurricane Maria is a dangerous storm because of its high winds and slow movement. Currently, it’s moving to the west-northwest at approximately 10 mph. Irma had high winds but moved at speeds of 30 to 35 mph when it was in the Caribbean.