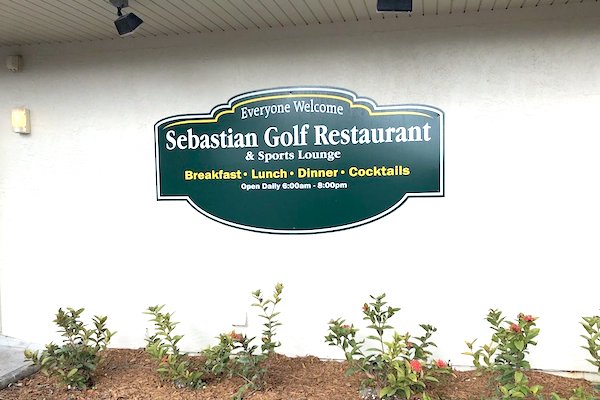 SEBASTIAN – There may be brighter days ahead for the Sebastian Golf Restaurant.

According to Mayor Jim Hill, a selection committee is reviewing two proposals that were presented for taking over the golf course restaurant.

“There are two proposals presented to the City, and a selection committee is going through them and will decide which one to negotiate a contract,” Hill told Sebastian Daily.

The proposed contract selected by the committee will then be submitted to the City Council for final approval.

Last July, the Sebastian Golf Restaurant closed after being opened for six months. The restaurant was opened by Wesley Campbell, who also owns Mo Bay Grill in Sebastian.

Before Campbell, the restaurant was called The Eagle’s Nest. It had the same owners since 1990.

Some people suggest that whoever takes over the Sebastian Golf Restaurant should visit The 19th Hole in Barefoot Bay to get ideas. It is Barefoot Bay’s golf course bar and restaurant, and a very successful one. They serve breakfast, lunch, and dinner.

What will become of the old Eckerd building in Roseland?