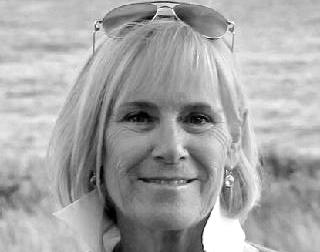 VERO BEACH – Terry “Mimi” Crowley, 72, of Vero Beach, passed away peacefully in her sleep on Jan. 4, 2018, the cause was heart failure. While Terry’s death was unexpected and tragic, happily, she was able to spend her last days and weeks celebrating Christmas and New Year’s with her beloved family and friends.

Terry was the second child of Dr. James and Connie Worcester. Born June 25, 1945, in Miami, most of her childhood was spent in Bronxville, N.Y. She graduated from Oldfields School and Pine Manor College.

Terry is survived by her sister Leigh Carpenter; and brothers, Steve and Peter Worcester.

Terry is also survived by her husband, John, whom she met at a dance in the summer of 1964. For John, this was love at first sight; but Terry needed some convincing. After a determined courtship, John and Terry were married in Scarsdale, N.Y., in 1967.

Terry was taken to Germany and Denmark due to John’s job as Lieutenant in the US Army. After the Army, John worked in publishing and ultimately became the Associate Publisher of Time magazine.

Because of Terry and John’s warm and outgoing personalities, they developed lifelong friendships as a young couple living in Chicago, Rye, N.Y., and Greenwich, Conn., before moving to Vero Beach in 1988.

Terry lived for and was deeply loved by her immediate and extended family. She and John had two boys, Jay and Chris; two daughters-in-law, Maria and Sara; and was “Mimi” to her four grandchildren, Jake, Ryan, Michaela, and Caden.

Due to the closeness of the family, they got together often in Connecticut or Florida, and Terry was never happier than when planning or participating in these family gatherings.

The ultimate entrepreneur, Terry had a clothing business, a furniture business, a design business, and was a real estate broker in Greenwich, Conn.

When Terry and John moved to Florida, Terry joined John’s Island Real Estate Company. Through hard work, determination, and intelligence, Terry became a top producer at the firm. And because of her caring personality, she helped countless people get successfully launched into the community.

Also, Terry shared her gift for design and decorating with many friends, and helped them create the kind of warm and stylish homes that Terry always maintained for her family.

Terry was known for her energy, focus, and “can do” attitude. To the very last, Terry was charging around John’s Island taking care of her husband, children, grandchildren, extended family, friends and clients. And always doing this with a broad smile on her beautiful face. We will all miss her every day.

The family will honor Terry on Jan. 12 at John’s Island Club in Vero Beach at 3 p.m.

A service to be held in Connecticut is planned this Spring.

The Crab Stop may be taking over Salty’s in Sebastian

The Crab Stop may be taking over Salty's in Sebastian