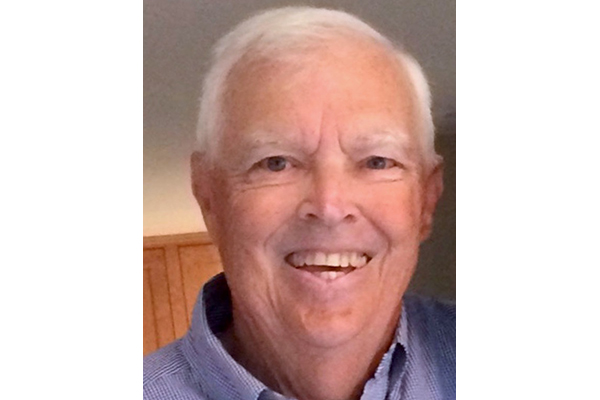 SEBASTIAN – Herb Crowder, 76, died on April 24, 2019 after a prolonged battle with brain cancer. He is survived by his wife of 54 years, Susan Hobbs Crowder; their son, Jeffrey Doswell Crowder, his wife, Helki, and grandchildren, Annabel and Finley, of Winthrop, ME; their son, Andrew Epes Crowder, his wife, Alyssa, and grandchildren, Julia and Benjamin, of Warwick, RI; his brother Moncure Crowder of Atlanta, GA; and his sister Byrd Crowder Breast of Nashville, TN.

Herb was born in Richmond, VA and grew up in the small, rural town of Blackstone, VA. He was an academic throughout his life beginning with his graduation as valedictorian of his high school class. He went on to receive his BA and, after a brief cameo in law school, an MBA from the University of Virginia where he also joined the Kappa Alpha fraternity and was managing editor of the UVA Magazine. He was a life-long supporter of UVA football and basketball, and his family was happy that he lived to see the basketball team’s recent, long-awaited NCAA victory.

Herb’s career spanned the military, commercial, and academic realms. Upon his college graduation he joined the U.S. Army. He attained the rank of Captain and served as Company Commander, and then Chief Personnel Officer of the 56th General Hospital in Bad Kreuznach, Germany. His next move was into banking where he spent years with Citibank, Bankers Trust, Security Pacific, and
PNC Bank and worked in New York City, London, and Philadelphia. He also taught business and finance courses at the University of Maryland, Temple, and Widener University.

Upon leaving the banking world, Herb returned to his beloved Charlottesville and UVA where he created a world class Alumni Career Service program at the Darden Graduate Business School. During his time there he assisted over 3,000 alumni with career issues and transitions and continued teaching as a Visiting Lecturer at the school, sharing his expertise in personal assessment and career strategies with students and executives.

Herb and his wife shared a life-long love of golf and were members of many golf clubs including the Wentworth Club in Surrey, England, Sleepy Hollow Club in NY, Philadelphia Cricket Club in PA, Farmington Country Club in VA, and Bent Pine Golf Club in FL.

Herb served on the boards and as golf chairman at many of these clubs. He was also an avid duplicate bridge player, most recently as an integral member of the Bent Pine bridge team which won the Vero Beach interclub championship the last two years that he played.

For the last decade of his life, Herb could be found on the lakes of Maine in the summer, enjoying his other hobby, fishing. He also spent many hours sharing his love of golf with his grandchildren and will be fondly remembered as their Number One caddy. While Herb faced a difficult battle over the past six years, he made a conscious decision to make every day a happy day and also to make someone else happier through laughter. He succeeded at both.

Funeral services were private. In lieu of flowers, memorial donations in Herb’s name to The Boy Scouts of America (Scouting.Org) would be appreciated.