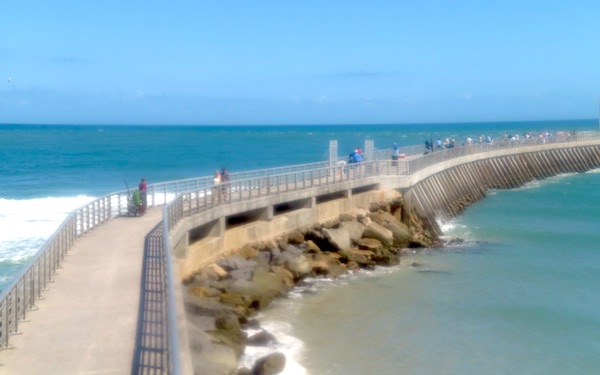 SEBASTIAN – It seems people will do anything to save their favorite fishing spot at the Sebastian Inlet, even if it means human feces.

There are several unconfirmed reports that some fishermen are leaving their feces on the handrails so that others won’t fish in their spot at the North Jetty.

We know there’s “bird poop” on the rails at times, but people are reporting “human feces.”

Rumors suggest that some people are actually “pooping” or defecating on the handrails the night before so they can return the next day to their favorite spot.

Fishermen have seen it all at the Sebastian Inlet, but this goes beyond human decency.

We asked one of our sources to check out these reports today but were met with negative results.

However, others they spoke with at the pier did hear of these reports. They said people are doing “extreme things to keep people away from their spot.”

Conflicts at the pier have been going on for years. It’s usually about tangled fishing lines, but now it’s getting serious.

Park officials haven’t heard anything about the human “poop” on rails.

But several fishermen say people are taking the sport too seriously and will do anything to keep their section of the pier available for when they return.

If you’re fishing off the Sebastian Inlet pier this week, watch out for the handrails.