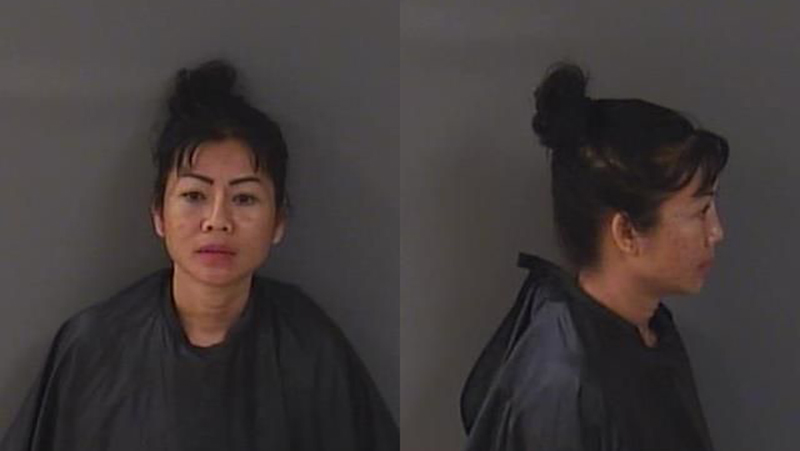 A nail salon worker at Tammy Nails in Sebastian was arrested and charged with three counts of battery and disorderly conduct.

On Friday, March 11, 2022, the incident occurred at approximately 3:00 p.m. in the parking lot at 13600 U.S. Highway next to the Dollar Store. Multiple witnesses called the Indian River County Sheriff’s Office to report a woman attempting to hit people with a belt.

One of the witnesses was a customer at the nail salon when she noticed the employee was “being too tough” on their feet. They kindly advised the worker to be gentle, and that’s when she “lost her temper.”

The customer then said the worker grabbed the cuticle nipper and threw it, striking their leg. Another person was also struck as they attempted to remove the worker from the nail salon.

“After the suspect was successfully removed from the building, she continued acting irate and removed her belt and struck the store glass multiple times, attempting to break it. Witnesses stated a pregnant woman that was passing by was almost struck with the belt,” the deputy said.

The worker was identified as Thi Hong Hanh Le of Sebastian, who was arrested and transported to the Indian River County Jail. Bond was set at $2,000.