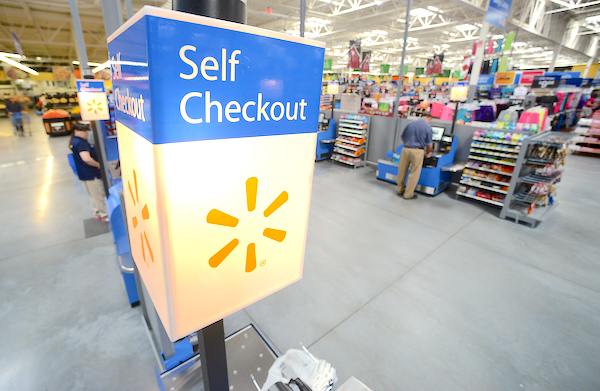 VERO BEACH – Some shoppers think they can steal from Walmart in Vero Beach or Sebastian by not scanning items in the self-checkout, but one 24-year-old woman learned the hard way.

An officer with Walmart’s loss prevention spotted a female, later identified as Madella Innocent, fail to scan multiple items at a self-checkout registery. While she paid for some items, Innocent placed the unscanned items into the shopping bags and left the store.

The officer approached Innocent and escorted her to the loss prevention office where they called the Indian River County Sheriff’s Office.

Innocent told police that she would have paid for the items, but did not have enough money. She told deputies that she needed the items and knew it was stealing.

The suspect failed to scan 9 items totaling $31.01. They were as follows:

That’s a lot of lotion.

Innocent was very cooperative, and all items were turned over to Walmart. She was issued a Notice to Appear.

We are thinking that she had the infant with her at the time of her arrest in Vero Beach, which is probably why she was issued a Notice to Appear instead of jail. Also, she has no record.