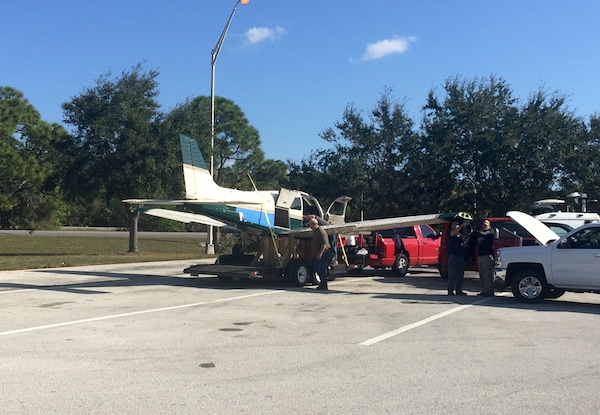 VERO BEACH – A small plane made an emergency landing early Monday on Interstate 95 in Vero Beach, blocking lanes of traffic for a long period before moving to the median.

The Florida Highway Patrol said the plane was transported to a nearby rest area to be disassembled in Indian River County. The pilot was the only passenger.

The pilot, a 20-year-old from Saudi Arabia, was not injured. There’s no word on why the pilot made the emergency landing.

According to FHP Sgt. Mark Wysocky, a tow truck removed the plane at around 7:00 a.m. this morning. Sgt. Wysocky said the FAA will interview the pilot and owner of the plane to determine what caused the emergency landing.