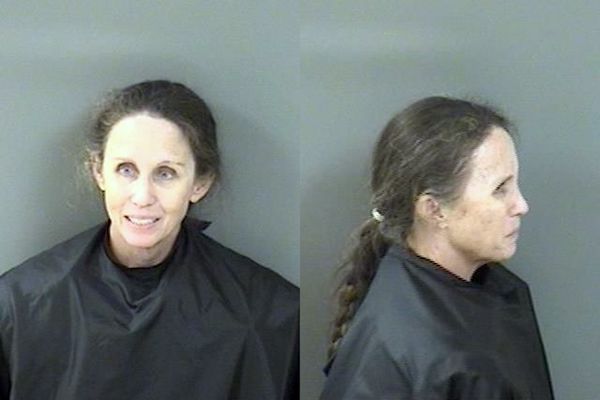 VERO BEACH – A man tells police that as he was driving home from Sebastian to Vero Beach, his wife rubbed her finger on his teeth hard enough to cause swelling, while she was wrapping a seat belt around his neck, according to the Indian River County Sheriff’s Office.

The trouble started when the Vero Beach couple was eating at a restaurant in Sebastian. She changed tables constantly and walked around the bar looking for someone she knew.

The husband finally told the wife that he’d wait in the car for her. Two hours went by, and they finally headed home to Vero Beach.

While driving, the two began to argue. The wife, identified as 47-year-old Malinda Kromhout, began to wrap her seat belt around his neck.

“The defendant began to get hostile toward him and scratched the right side of his face. She then began rubbing her finger on the victim’s teeth hard enough to cause the victim’s upper lip to swell,” the deputy said.

Kromhout then opened the door of the moving car as if to jump out, but the husband pulled the vehicle over. He managed to calm her down until they got to their Vero Beach home.

Once at their residence, Kromhout attacked her husband again by scratching his face.

Kromhout told deputies that her husband bit her finger on the way home from the restaurant in Sebastian.

Deputies determined that Kromhout was the primary aggressor and arrested and transported her to the Indian River County Jail where she was charged with Battery Domestic Violence.