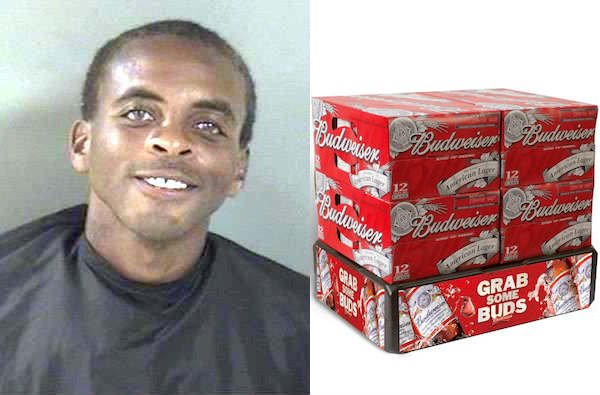 VERO BEACH – The Vero Beach Walmart continues to call police about the same man trying to steal beer, according to the Indian River Sheriff’s Office.

Darius Danard Reynolds, 26, has been caught stealing from the same Walmart five times since March after exiting the store without paying for the merchandise.

Reynolds was observed by the store’s loss prevention officer each time he was arrested after selecting merchandise and casually walking out without rendering payment.

On Wednesday, Reynolds was seen on video surveillance, shown to the deputy, selecting four cases of Budweiser from the beer aisle. Reynolds then moved throughout the store in the grocery aisles and the clothing department before leaving the store.

“I was able to identify the suspect as Reynolds because I arrested him in the past for trespassing after warnings at the same location,” the deputy said.

Reynolds was arrested and transported to the Indian River County Jail where he was charged with Retail Theft.