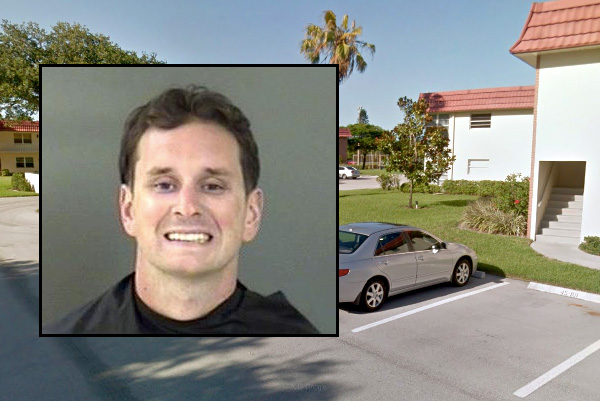 The victim’s neighbor called police after spotting a white male subject breaking into a vehicle. When spotted, the male subject ran and was seen leaving in a silver vehicle. The neighbor wrote down the license plate.

The neighbor said he heard the noise of car doors opening and closing. He then looked out and observed the legs of a male subject sticking out of the driver’s side door. He ran outside and confronted the subject, who then fled in another vehicle. It was determined that the suspect was trying to steal two vehicles.

Deputies went to the address that was registered under the tag given by the witness. The car was in the driveway, not far from where the attempted auto theft occurred. It was located in the same apartment complex.

They met the suspect’s grandfather who told deputies his grandson had just returned a few minutes ago. Deputies spotted a man inside the apartment, identified as 28-year-old Thomas Walsh, and asked to speak with him.

When speaking with deputies, Thomas was sweating and “began shaking excessively,” according to the report. Thomas was wearing different clothes than reported by the witness.

Deputies found a towel in the bin with clothes wrapped in it that matched the description of the suspect. Once outside, the witnessed pointed to the subject and was “absolutely positive that’s him,” the report said.

Thomas was arrested and transported to the Indian River County Jail where he was charged with two counts of Felony Auto Burglary. Bond set at $20,000.