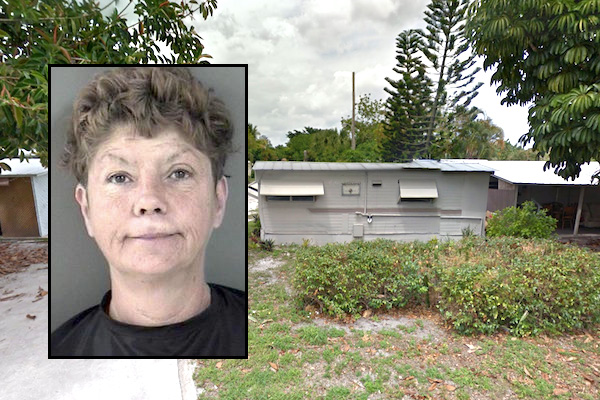 VERO BEACH – The Vero Beach Police Department received a call about a disturbance at an RV motorhome on 24th Street.

Officers met with the caller who said she was sitting inside her RV when a neighbor, 53-year-old Susan Wasden, came onto the lot and kicked her fence over. She then called the victim a”Ho.”

The victim remained inside her RV with the window open, but Wasden reached inside and began to punch her in the face. As she stepped out to confront Wasden, the victim was thrown to the ground and hit multiple times.

The victim showed her injuries to police. The victim’s face was swollen and red below her eye. Two other neighbors approached police and confirmed the victim’s account of the incident.

Officers then made contact with Wasden, who was intoxicated. She told police that she didn’t wish to speak about the incident because she works for the “CIA.”

Wasden was arrested and transported to the Indian River County Jail where she was booked on charges of Felony Burglary Dwelling/Struct/Convey w/Assault & Battery.