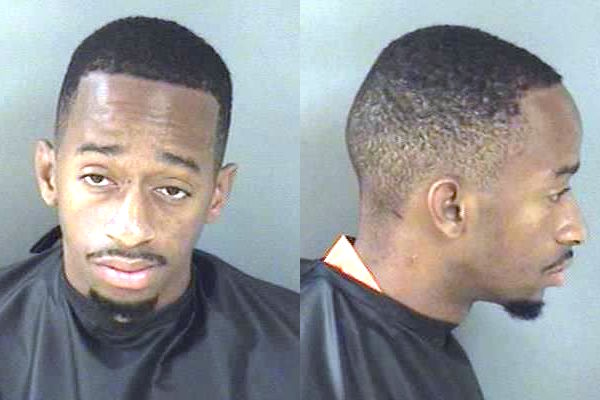 VERO BEACH – Indian River County Sheriff’s deputies received a call about a man unable to leave his bedroom because his boyfriend was trapping the door. There was also a liquor bottle thrown and stuck in a wall.

The victim’s mother led a deputy to a window where he observed Aaron Rhodes throwing and breaking items in the room. He was also screaming obscenities at another man, identified as Adam Jones.

Jones was seen with a dresser on top of him as he was laying on a bed.

The deputy went into the house and knocked on the bedroom door. Rhodes knocked back on the door and said, “If you’re coming in here you better come full force!”

At that time, the deputy heard another man screaming “help” multiple times.

The victim’s mother said she heard her son arguing with Rhodes and items being tossed around in the room. Rhodes destroyed furniture, televisions, and broke the bedroom window.

Jones said Rhodes came to the apartment from a local club extremely intoxicated and accused him of cheating.

When the deputy tried to get Rhodes’ side of the story, he said, “just take me to jail.”

Sebastian Man Attacked By 2 Dogs After Punching Spouse At Walmart