Sebastian Man Attacked By 2 Dogs After Punching Spouse At Walmart 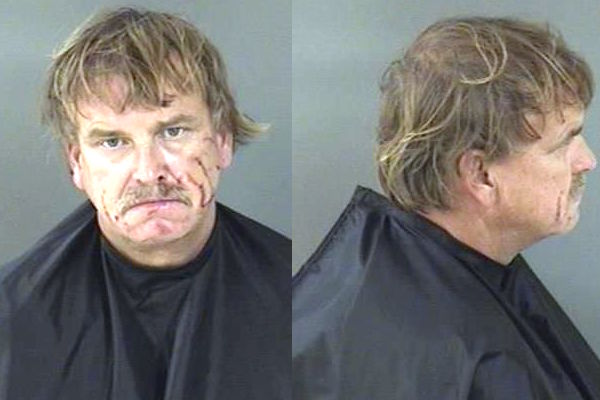 SEBASTIAN – A man who hit his wife at Walmart was attacked by his 2 dogs while exiting his vehicle Sunday night.

It all started when the Sebastian Police Department responded to a call about a disturbance in the Walmart parking lot.

A witness told police that two people were seen struggling in a parked vehicle as well as two dogs. The dogs were barking and attacking the driver of the car.

Police made contact with the passenger, Shannon Horness, who is married to the driver and are both currently living in their vehicle.

Shannon said that an altercation took place because her husband was trying to force her out of the vehicle at Walmart and striking her in the face.

The husband, Pat Brown, was attacked by their two dogs after he punched Shannon in the face. She suffered a swollen and bloody nose.

Brown had several scratches on his face which were consistent with a dog attack. As a result, he was taken into custody and transported to the county jail.

Brown was booked on charges of Battery Domestic Violence and is currently in jail with a $1,000 bond.