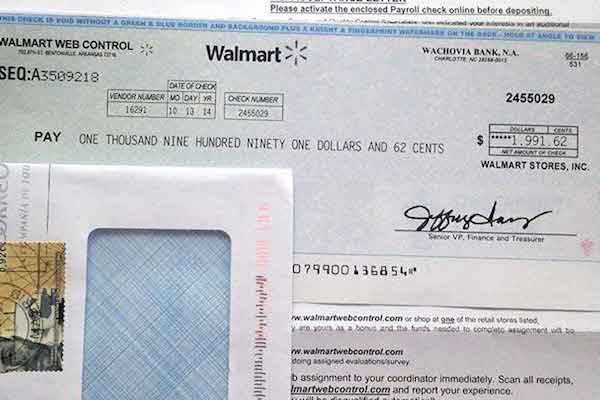 Beware of the secret shopper scam from Walmart.

VERO BEACH – A woman called law enforcement after becoming a victim to a secret shoppers scam, according to the Indian River County Sheriff’s Office.

Latonya King of Vero Beach has been a secret shopper in the past, so it wasn’t a surprise when she received an email from a company asking her to become one to represent Walmart.

After talking to Dynamic Advantage Secret Shoppers, they told her she would receive a check for $2,450.00 to deposit into her Wells Fargo checking account.

However, she was allowed to keep $200.00 of the funds to buy products at Walmart as a secret shopper. The rest of the money had to be returned to the company.

The check was deposited, and Wells Fargo began sending her text alerts of suspicious activities involving her account.

The bank contacted King and said the check she deposited was “fraudulent and that someone was trying to access the account,” the report said.

The representative at the branch credited her account from the fraudulent transactions that attempted to go through and no additional
money was lost.

If someone you don’t know (such as a scam similar to this) sends you a check with the condition that you return funds to them, it’s a scam.