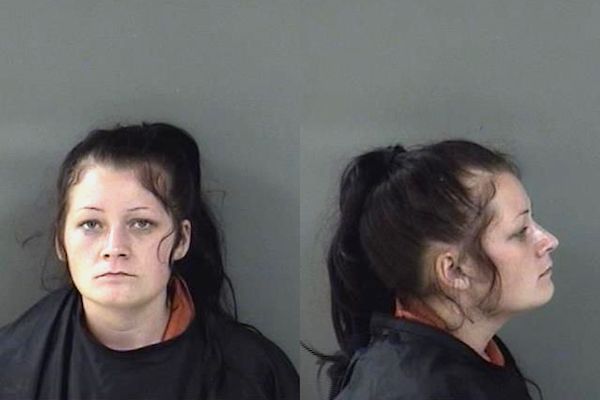 A woman was arrested on charges of trafficking meth and heroin in Sebastian, Florida.

SEBASTIAN – A 21-year-old woman was arrested for methamphetamine and heroin trafficking and other drug-related charges, according to the Indian River County Sheriff’s Office.

Cheyenne Marie Woodring, of Sebastian, is facing three counts of Drug Paraphernalia, Felony Sale of Heroin, and a Felony Sale of Methamphetamine charges.

Woodring is being held at the Indian River County Jail on $169,000 bond.

On Monday, police were dispatched to a home in Sebastian after a woman was found with meth in a shed. The woman’s children were removed by the Florida Department of Children and Families (DCF).

During the investigation, they also found Woodring in the shed, behind the home. She had a digital scale commonly used to weigh narcotics, multiple clear bags widely used for packaging illegal drugs, 46 grams of methamphetamine, 43 grams of heroin, Xanax pills and over $550 in cash.

Woodring’s next scheduled court appearance is on August 29, 2018.