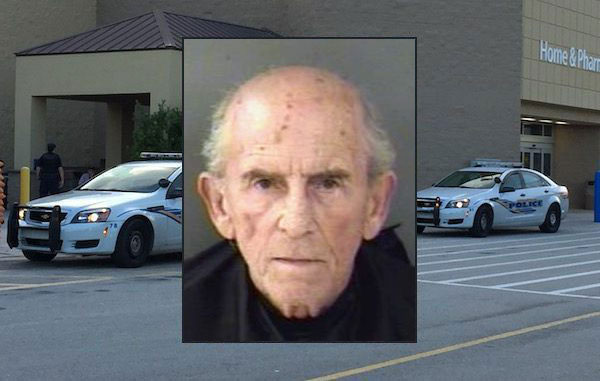 Barefoot Bay man says he blacked out instead of paying for merchandise in Sebastian, Florida.

MICCO – A 71-year-old man says he “blacked out” after stealing merchandise from the Sebastian Walmart, according to the Sebastian Police Department.

Walmart called police after they detained DeNora for stealing a candle, glass cleaner, and a roll of paper towels. A Loss Prevention Officer told officers that DeNora already had a trespass warning issued by the store, according to the report.

DeNora told police that he was aware of the trespass warning, but didn’t think it was “in effect,” the report said.

“He also admitted taking the items and walking out of the store without paying,” the officer said.

DeNora told police that he didn’t know why he did it and that he must of “blacked out” while walking out of the store.

Additionally, a glass pipe, commonly used to smoke controlled substances, was found on him a cigarette box.