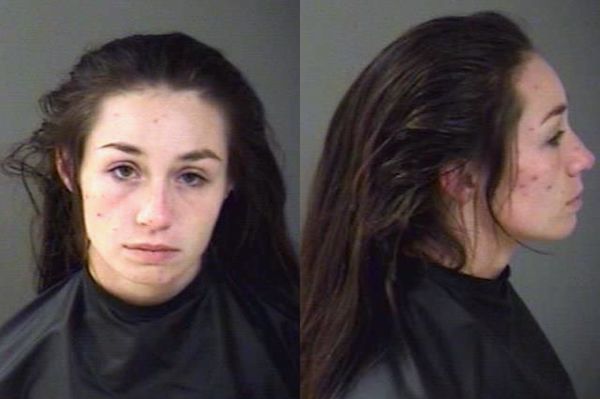 A child was taken away from a home where meth was found in Sebastian, Florida.

SEBASTIAN – A 24-year-old woman was arrested after deputies found her with methamphetamine in a shed behind her home, according to the Indian River County Sheriff’s Office.

On Monday, at approximately 6:30 p.m., deputies were dispatched to the 7000 block of 129th Street in Sebastian by the Florida Department of Children and Families in reference to possible drug use.

Deputies arrived and found two women and a man hiding in a shed behind the home. When they saw the presence of law enforcement, Casher ran back into the shed and yelled “sh– it’s the cops, quick hide the sh–!”

“DCF and I were there to investigate possible drug usage,” the deputy said.

In the shed was a digital scale, glass pipes, and a bag containing a white crystal substance that tested positive for meth.

Casher told deputies she was aware of the meth and that she and another female were about to ingest it. She was arrested and transported to the Indian River County Jail where bond was set at $22,000.

DCF decided to remove a child from the residence.

Barefoot Bay man says he "blacked out" after stealing from Walmart