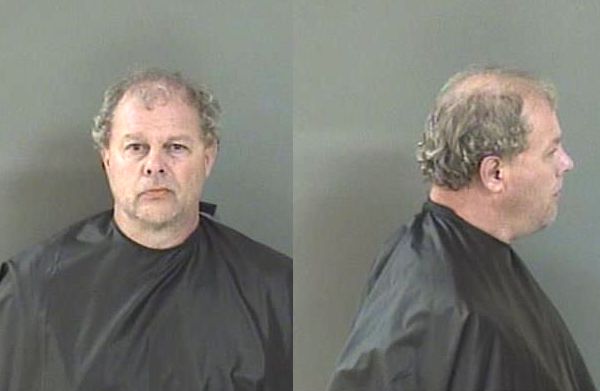 Mark Boone was arrested on a charge of battery at Walmart in Sebastian, Florida.

SEBASTIAN – On Friday, the Sebastian Police Department responded to Walmart where an altercation took place that left a man bleeding from his head near the clothes section.

Upon arrival, they found Steven Cocchia bleeding from the head.

“I observed a puddle of blood on the floor in the area where Cocchia was sitting. I asked Cocchia what happened and he advised me he was jumped from behind by Mark Boone,” the officer said.

Cocchia said after he was “jumped,” he lost his balance and fell, hitting his head on the ground and causing it to bleed, the affidavit said.

Police then spoke with the suspect, 53-year-old Mark Boone, of Sebastian, who said Cocchia had an active warrant for the attempted murder of his daughter, according to the report.

“Boone said he entered Walmart and jumped Cocchia from behind in order to prevent him [from] fleeing. Cocchia began to fight back at which time he got Cocchia in a headlock and held him until police arrived,” the officer said.

Boone was arrested for Battery and transported to the Indian River County Jail.

Cocchia was arrested a day later for a warrant out of Brevard County.