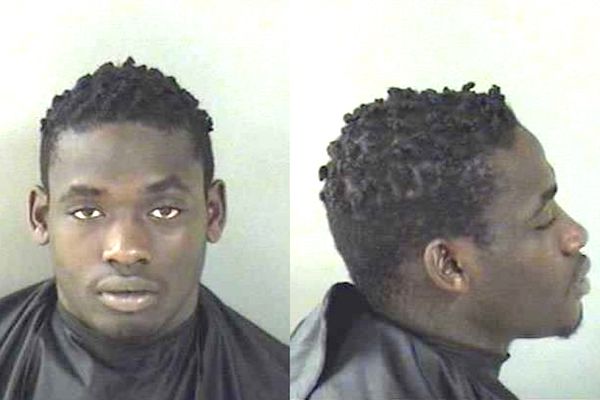 Riggins, 18, is currently out on bail for a charge of lewd or lascivious battery. He was arrested in December 2016 after a 14-year-old girl said she had sex with Riggins in the school’s team room during a game.

On Wednesday morning about 12:15 a.m., a deputy with the Indian River County Sheriff’s Office observed a Honda stopped alongside of the road on 45th Street. The deputy stopped to see if the driver needed any assistance.

However, the vehicle returned to the roadway and turned on 30th Avenue. The car then made a U-Turn and drove westbound on 45th Street towards 33rd Avenue before turning into the parking lot of Smith’s Grocery.

The deputy was suspicious about the abnormal driving pattern of the vehicle, so he followed it into the parking lot where he conducted a traffic stop.

Riggins was in the vehicle with two other male passengers identified as Brandon Castro and Miguel Guardarramas. The two passengers told deputies that when they were on the side of the road, the Guardarramas, who was the driver, panicked when he saw the deputy pull behind him. As a result, he drove back on the roadway.

Riggins told deputies the driver was dropping him off at home near 33rd Avenue. When asked what his address was, he told deputies “he did not know,” according to the report.

When Riggins consented to a search, deputies discovered he was wearing basketball shorts under his khaki pants. Then, the deputy found what he believed was a handle of a firearm.

Deputies removed the firearm, which was a Colt 1911 .45 caliber with “United States Army Property” imprinted on it.

Riggins said he was holding the firearm for his uncle, who purchased it from a man in Sebastian. Riggins does not have a concealed carry license.

Riggins was arrested and transported to the Indian River County Jail where he was charged with Felony Carry Concealed Firearm. Arrest records note that his bond was revoked.