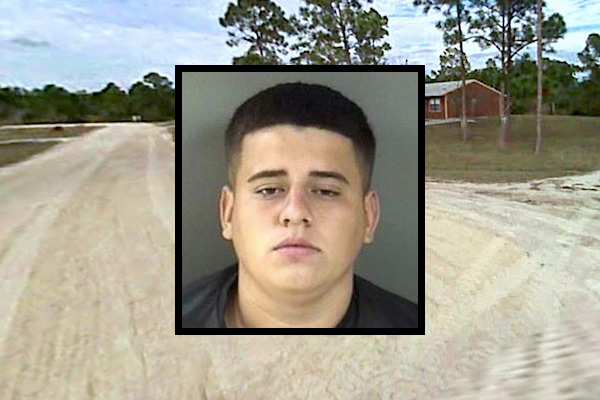 A man was arrested for drag racing on residential streets in Fellsmere.

A Fellsmere man was arrested after police observed him driving recklessly and racing down Willow Street and Palmetto Circle near pedestrians.

Anthony Hernandez, 18, was seen driving recklessly down N. Willow Steet towards County Road 512. An officer with the Fellsmere Police Department then observed Hernandez making “burning out sounds, and tires squealing” at a dead end street, according to the report.

As the officer approached, he saw a pickup truck driven by Hernandez spinning in circles on the roadway. The residential area had several subjects outside of their residences, including a woman walking her dog.

The officer conducted a traffic stop on the vehicle. Hernandez stated he was doing “donuts” and burning out his vehicle.

Hernandez said he was street racing with a friend and testing out some new equipment he installed on his vehicle. He told the officer that there were some pedestrians in the area, but not walking on the roadway itself, the report said.

While stopped, the officer received a 911 complaint from dispatch about two white pickup trucks drag racing up and down the roadway in the same area where Hernandez was stopped.

Hernandez was arrested for driving recklessly near pedestrains and transported to the Indian River County Jail.