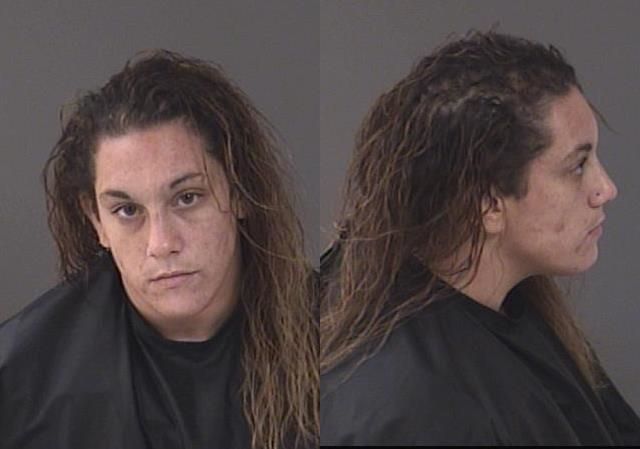 According to the Vero Beach Police Department, a Sebastian woman arrested last week on charges of child endangerment, possession of fentanyl, and possession of methamphetamine has been arrested again.

On Tuesday, at approximately 6:00 p.m., officers were dispatched to the parking lot of 618 21st Street, near The Fresh Market, in reference to an unconscious female sitting in her vehicle.

While speaking with Taylor, the officer observed a “very erratic” speech pattern, and her eyes appeared to be moderately red and dilated. Taylor told police she was waiting for a friend in the parking lot but later changed her story, stating she was going to a friend’s house, according to the affidavit.

Police said she then became uncooperative. When an officer asked for consent to search her vehicle, she stated “no.” A K-9 was deployed and gave a positive alert to narcotics in Taylor’s vehicle, the affidavit said.

The crystal-like substance tested positive for methamphetamine. Taylor was arrested and charged with possession of methamphetamine. She was transported to the Indian River County Jail, where she is still being held without bond.

Taylor was arrested on multiple charges last week after she allegedly smoked meth while her child was in her vehicle. She was found slumped behind the wheel with a small toddler sleeping in a fetal position on the vehicle’s floorboard.