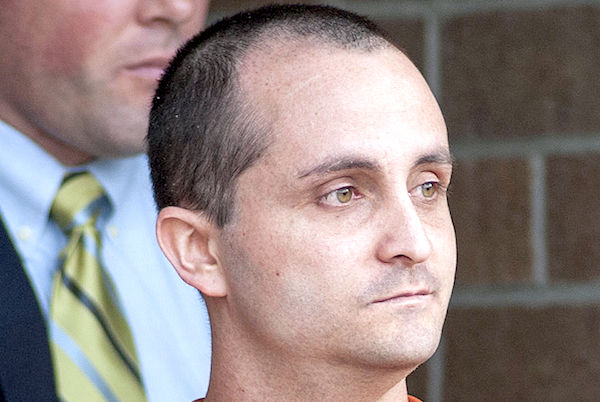 SEBASTIAN – A Sebastian man who was about to be sentenced on charges of raping an 11-year-old child was permitted to withdraw his guilty plea.

Christopher William Brown, 28, of Sebastian, entered guilty pleas to all of his charges on January 19, 2017. He was arrested and charged in Uniontown, Pennsylvania.

Brown, who works as a truck driver from Sebastian, was arrested in Uniontown, Pennsylvania where he is accused of kidnapping an 11-year-old girl he met online.

Authorities charged Brown with two counts of each of kidnap and interference with child custody, four counts each of rape of a child, statutory sexual assault, aggravated indecent assault, unlawful contact with a minor, corruption of minors, and indecent assault of a person less than 13 and one count of criminal use of a communication facility.

Brown’s attorney said he was attempting to speak with Fayette County District Attorney Rich Bower about the case for weeks, but did not receive a call back.

According to authorities, Brown met the 11-year-old girl in North Union Township in July 2016. He took her to the Hampton Inn in Uniontown on two occasions.

Brown allegedly had sex with the girl and photographed their encounters.

Eric Fischer, Brown’s attorney, said he prepared a motion to withdraw the guilty plea but had not heard back from Bower about whether the request was granted or denied.

Fischer said he was told the alleged victim recanted “much if not all” of her statements.

Assistant District Attorney Sean Lementowski told the judge it was “kind of dubious” to attempt to withdraw the plea on the sentencing was scheduled.