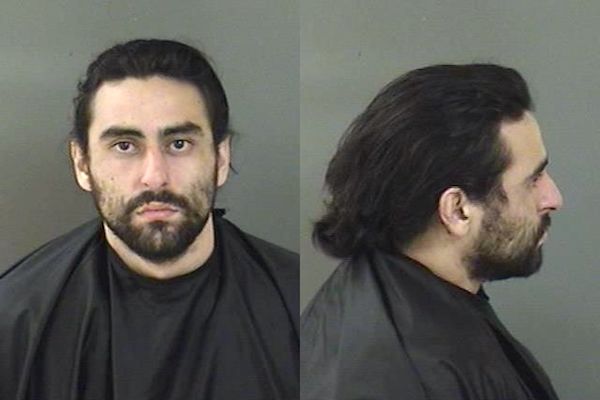 Sebastian Police arrest man after he allegedly threatened to kill his pregnant girlfriend.

SEBASTIAN – Officers responded to the 700 block of Jackson Street Wednesday night where they arrested a man who allegedly threatened to kill his pregnant girlfriend, according to the Sebastian Police Department.

Randy Austin Vasquez, 24, was charged with Battery on a Pregnant Person, False Imprisonment, and Hinder 911 Communication.

The girlfriend alleges that Vasquez threatened to kill her with a knife after she wanted an abortion and to end their relationship, the report said.

Vasquez then allegedly held a knife to his neck and told his girlfriend to kill him, according to the report. He then began locking all the doors to the residence and would not allow his girlfriend to leave the home, the affidavit said.

Vasquez then told his girlfriend they “were going to fix it and stay together” while not allowing her to leave, the arrest affidavit said. She asked him to stop touching her, but he continued. The girlfriend tried to leave, but Vasquez grabbed her arms and held her to the ground.

The girlfriend began screaming for help towards a neighbor and was able to walk down near Ay Jalisco’s (Mexican restaurant) where police were called.

Sebastian Police made contact with Vasquez in the middle of Jackson Street as he walked towards his girlfriend who was speaking with officers.

Officers searched Vasquez and found his girlfriend’s cell phone in his pocket. Vasquez told officers a “series of events” but wasn’t specific. He then blamed his girlfriend for the incident, stating that she was waving her “arms around with her cell phone in her hand,” the report said. Vasquez said that’s when he grabbed the phone from her.

During questioning with police, Vasquez did admit that he asked his girlfriend to kill him and that she was pregnant.

Vasquez was transported to the Indian River County Jail where he is being held on $11,000 bond.

The girlfriend has been dating Vasquez for three months. She is several weeks pregnant, and they do not live together.

HALO Partners With ‘Love Of Paws’ for Cat Food Drive